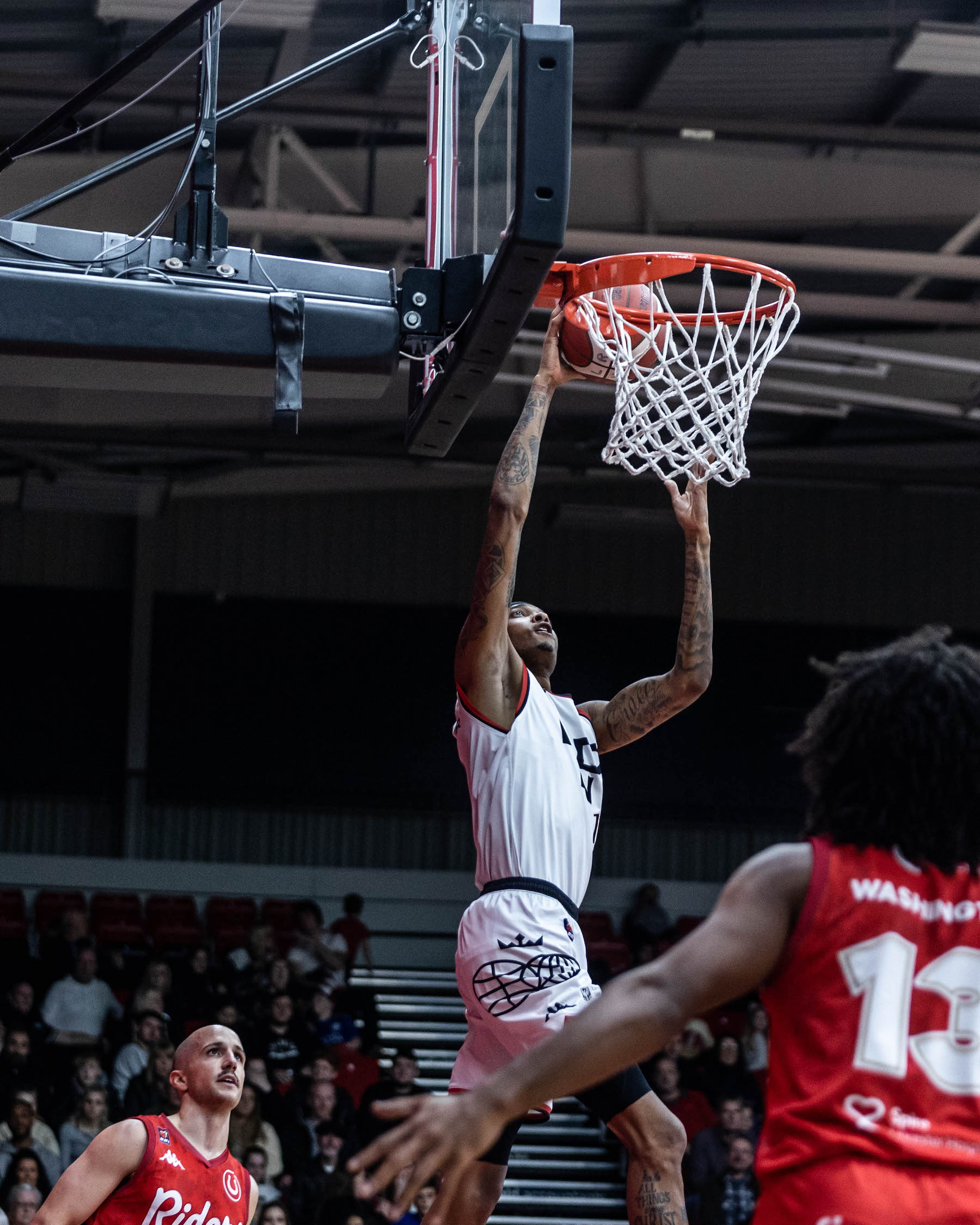 It's winner takes all at the Morningside Arena on Sunday!

London Lions wrap up their BBL Cup South group campaign on Sunday when the travel to Leicester Riders, with top spot in the final table at stake.

The winner of Sunday’s game will host Sheffield Sharks in the quarter-final, while the loser will receive a visit from Cheshire Phoenix.

The fixture is technically Lions’ home game, but with the Copper Box unavailable it will be played at Riders’ Morningside Arena. It won’t be the furthest Lions have travelled for a “home” game in recent seasons as they faced Sheffield Sharks in Newcastle last season as part of a Sky TV double header.

Both sides go into the game with 6&1 BBL Cup records, and have also opened their BBL Championship campaigns with big home wins.

Another big night from Dirk Williams wasn’t enough to prevent Lions suffering a 93-86 loss when the sides met at the Copper Box last month – their only loss in their last 11 games. Williams hit four of his seven treys on the way to 30 points, adding six rebounds and four assists, but a poor final period proved the downfall for Vince Macaulay’s team.

While the game is of only limited importance to both sides, London coach Macaulay is still looking for a victory: “It’s important to see who we play, and it’s our third game in five days, but we’ll approach it in the right way and see if we can clinch top spot.

“We know a lot about Riders. Big Mo [Walker] showed what he can do when we played there before and when you’re facing an MVP like [Geno] Crandall you know you’re in for a tough game. We’ll see if Nelson is ready to play but we know we’re in for a tough battle.”

Crandall has continued the form that saw him win the BBL MVP award last season, averaging 16.6 points, 7.7 assists, 4.7 rebounds and 3.1 steals in a team-high 31.6 minutes during their BBL Cup campaign. Walker leads the side with 6.6 rebounds, adding 10.3 points in just 19.5 minutes per Cup outing.