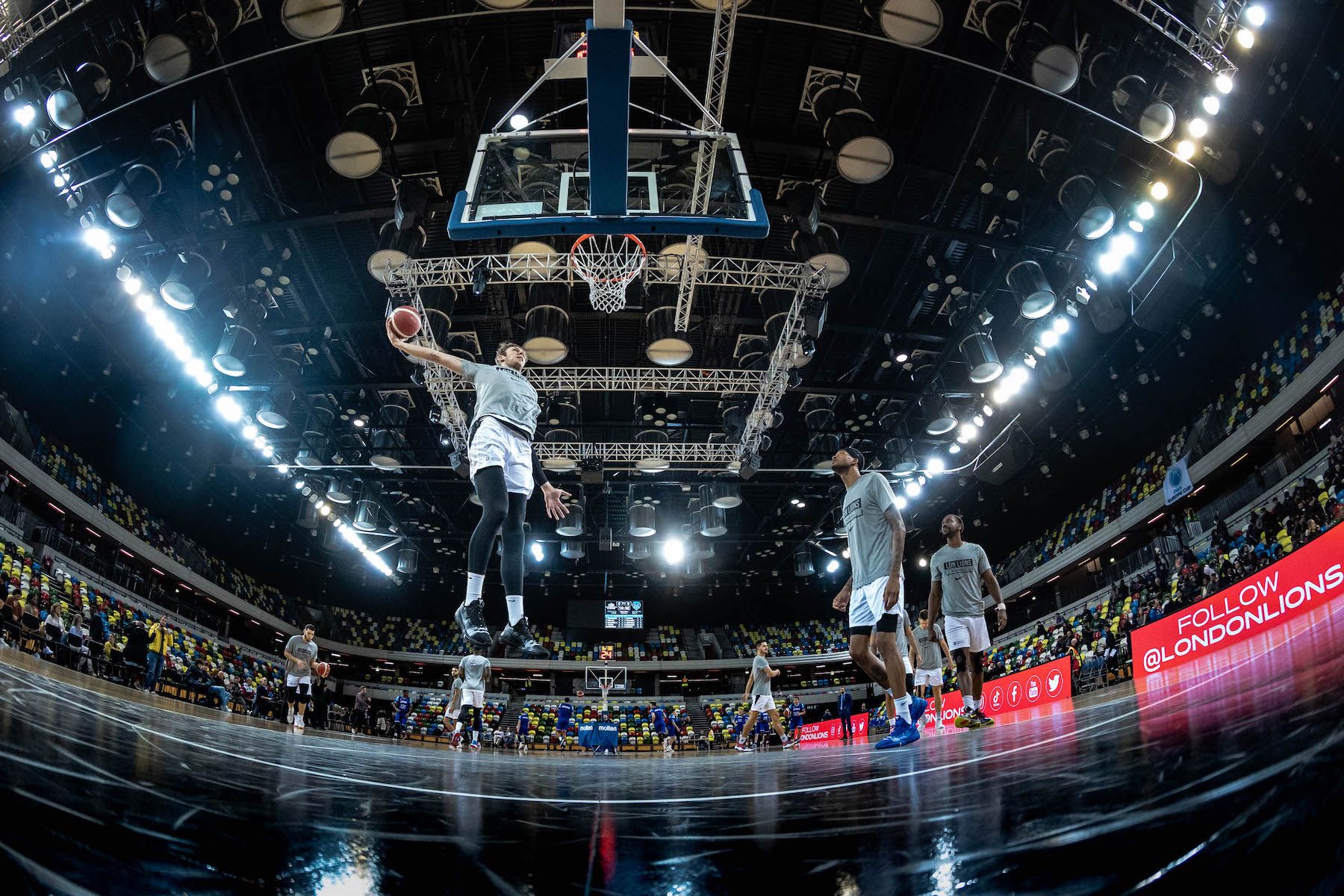 London Lions will look to secure a place in the BBL Cup semi-final when they host B.Braun Sheffield Sharks at the Copper Box on Saturday evening, 5pm.

Vince Macaulay’s side won seven of their eight games to top the South group, while Sharks were edged into fourth place in the North after finishing with four wins and as many losses. A trip to either Leicester or Cheshire awaits the winner of the tie, with the final taking place in Birmingham at the NIA in January.

It was a dominant qualifying campaign for the Lions as they avenged their only loss in the group stage by comfortably beating Leicester Riders on the road in their final game. Arguably their most impressive victory came in their opening game when Covid-19 protocols meant they were forced to field their Division One side, and the youngsters recorded a thrilling one-point win at Surrey Scorchers. Coach Macaulay was able to rest most of his senior roster for at least one more game in the group stage, Dirk Williams has led them in scoring in the competition with 22.5 points per game, adding 4.5 rebounds and 3.5 assists  Isaiah Reese has averaged an impressive 16.75 point, ten average double-double, adding 5.5 rebounds and 2.75 assists. Lorenzo Cugini (15), Jordan Williams (10.75) and Kylor Kelley )10) also averaged double digit points tallies, along with four players who only played one game, with Williams adding 6.5 rebounds and Kelley 5.4.

Macaulay is looking forward to facing the Sharks: “We know they made some key changes to an already decent squad, and then made an in-season change when they brought in Rodney Glasgow. He clearly did well immediately as they overturned a 27-point deficit from their first meeting with Giants.

“They’ll come to the Copper Box looking for a win and anything can happen in a knockout game, so it’ll be important for us to approach the game in the right way.”

Macaulay’s BBL rotation has been a a bit short recently due to injury, but the Lions’ play-caller is hoping things are improving: “Justin [Robinson is getting some strength back and we’re managing his minutes. Josh [Ward-Hibbert] got hit against Cheshire and he’s still struggling, but Will Neighbour is practicing again after suffering from flu.”

Sharks had a rollercoaster of a rider in the Cup group stage, losing both games against North winners Manchester Giants, but beating a Glasgow Rocks side who finished second. They won both games against basement side Newcastle Eagles but a pair of losses against Cheshire Phoenix proved crucial, dropping them to fourth place on the head-to-head decider. That pair of losses against Giants in the group stage obviously proved to be a learning curve for Atiba Lyons’ side as they opened their BBL Championship campaign with a pair of victories against Manchester.

Jonathan Williams led the Sharks with 17.9pph in their group stage games, adding 2.3 assists and four rebounds. Aaron Anderson added 14 points along with team-high 2.4 steals and 7.9 assists, and chipping in with four boards.

Saturday’s game will be a welcome change of opposition for both teams, Lions have played 15 games this season but have faced just nine different teams while Sharks’ ten games have come against only four clubs,