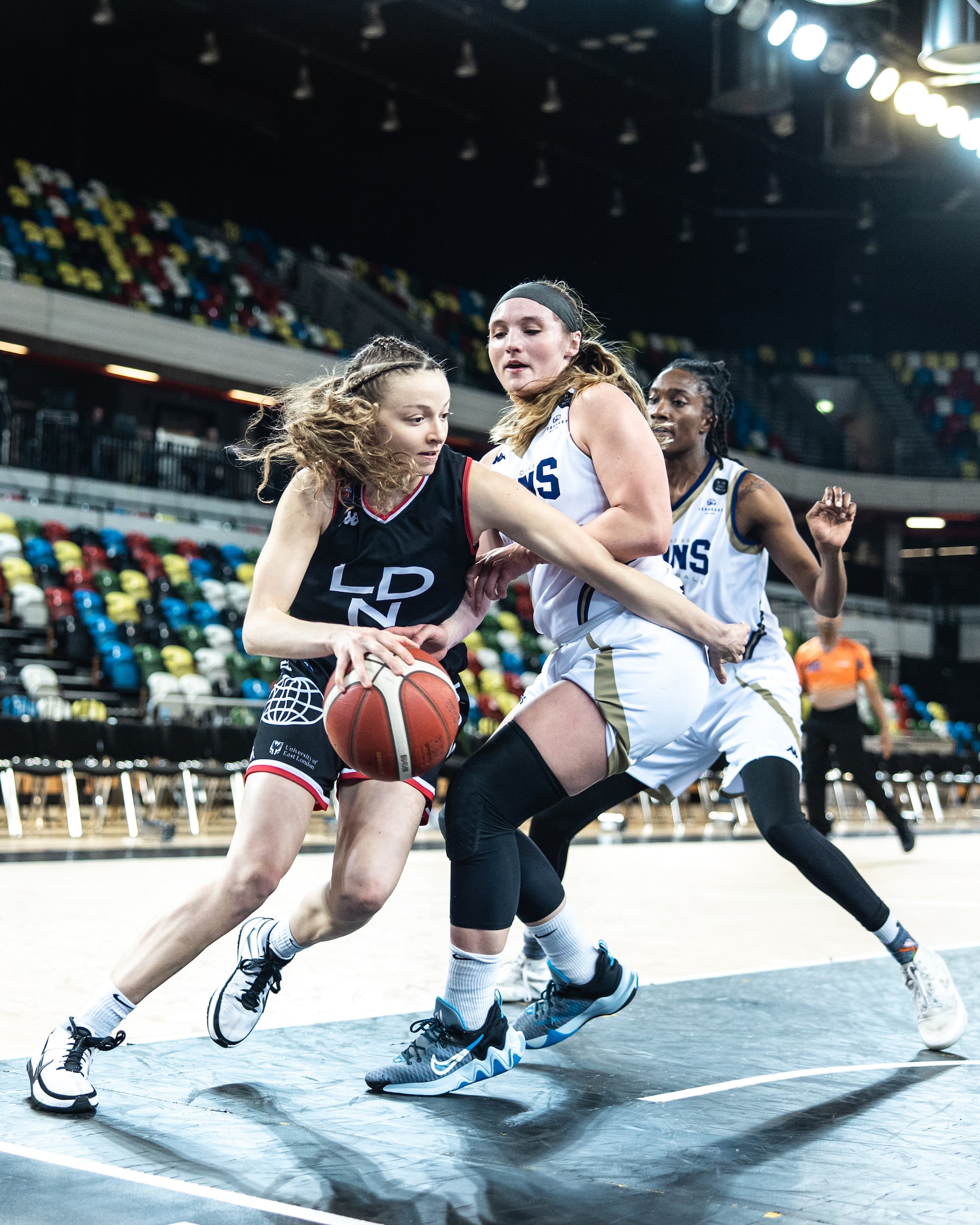 London Lions will look to take another step towards the WBBL title when they travel to Nottingham Wildcats on Saturday afternoon.

Mark Clark’s side made it 15 straight league wins when they defeated closest challengers Sevenoaks Suns 67-58 last night and will face a Wildcats team who are sitting seventh in the WBBL table with a 7-9 record.

Clark knows that his side will face a difficult game in midlands, especially after a key victory last night:

“There’s no end to the fun!” he said. “We have a lot of games coming up between now and April, playing Friday, Saturday and Wednesday against three very different opponents is bound to be tough. It’s a cliché but we’re taking it one game at a time and our European campaign will definitely have helped us.”

“They’re probably the most under-achieving side in the league, and at some point they’ll cluck. They have as much inside game as anyone in the league. The first quarter of the Trophy semi-final showed that, the challenge for them is to string four quarters together against us. They played really well in two periods against Sheffield and took them to overtime. It’s going to be a difficult game after playing Suns on Friday night.”

The teams met earlier this month in the BBL Trophy semi-final and Lions romped to an 82-39 victory. Captain Shanice Beckford-Norton led London with 19 points, five rebounds and three assists off the bench, while Jo Leedham added 17 points, five boards and three steals. Cassie Breen continued her good form with 12 points while Azania Stewart added seven rebounds to her eight points and Holly Winterburn had nine assists along with seven points. Shaunay Edwards led the visitors with 13 points but only Brooklyn Purnell was the only other Wildcat in double digits with ten.

When the sides met in a league game at the Copper Box in December, Cassie Breen and Jo Leedham each hit 22 points while Shanice Beckford-Norton added 21 as London ran out 116-82 winners.

Wildcats  are led by Pannell's 18.8 points and 2.8 steals a game, and she adds 4.4 rebounds and 2.8 assists. Kennedy Nicholas has been a monster on the boards at both ends of the court for the midlands side this season, pulling down 14.3 rebounds to go with her 10.9 points per game. Jahnae Gyles adds 16.2 points, 1.5 assists and as many steals while Edmonds leads them with 4.6 assists, adding 13.3 points and 4.3 boards.