Lions move within two wins of the WBBL title 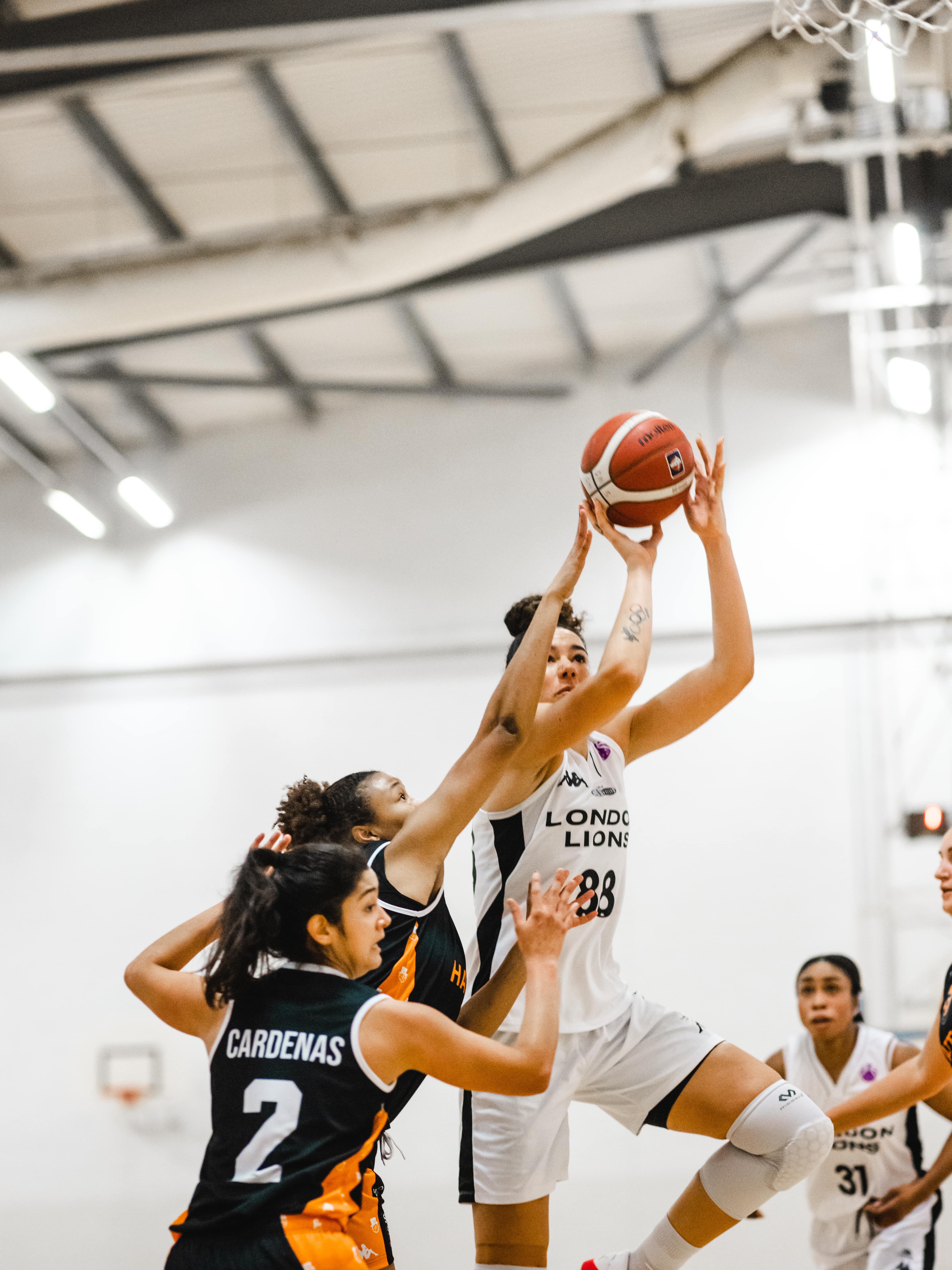 The London Lions moved within two wins of the WBBL title as they breezed past third-placed Sheffield Hatters 107-62 at UEL, on Monday.

Mark Clark’s side chalked up their 32nd straight domestic victory – a run that stretches back to end of the 2021/22 regular season and can win the title with wins against Manchester Mystics and Essex Rebels.

Jo Leedham led the way for the home side with 22 points, seven rebounds, four steals and three assists in just 22 minutes. Holly Winterburn had seven assists and six rebounds to go with her 17 points, while Kennedy Leonard had 15points and eight assists for the hosts.

Captain Shanice Beckford-Norton and Cassie Breen came off the bench to finish with 13 and 12 points respectively while Azania Stewart missed a double-double by a single rebound having finished with ten points.Veteran Helen Naylor finished with 19 points and six rebounds forHatters while Ebony Horton had 13 points and seven boards.

Leedham’s triple opened the scoring for Lions, and they quickly rushed into a big lead and Azania Stewart converted an and-one before Leedham wrapped up a 20-0 run to start the game.Hannah Shaw finally got the visitors off the mark, but eight straight points from Beckford-Norton helped send the home side into the first break with a 29-13 advantage. Beckford-Norton continued her personal scoring spree as her five points saw Lions take the lead back out to 20 points.

A pair of Leedham triples saw the lead balloon to 44-17 which the visitors had no answer to the GB international as she continued to pour in the points before Leonard’s drive to the basket to send Lions into the locker room leading 61-26.

Naylor opened the second half scoring but Leonard’s trey capped a 7-0response from Clark’s side and Chantel Charles’ triple helped Lions lead 77-31after four minutes of action.

Breen also drained a triple before Beckford-Norton’s driving lay-up made it 84-40 heading into the final period and triples from Breen, Leah McDerment and Winterburn helped hosts wrapped up another victory with a 23-22 fourth quarter.