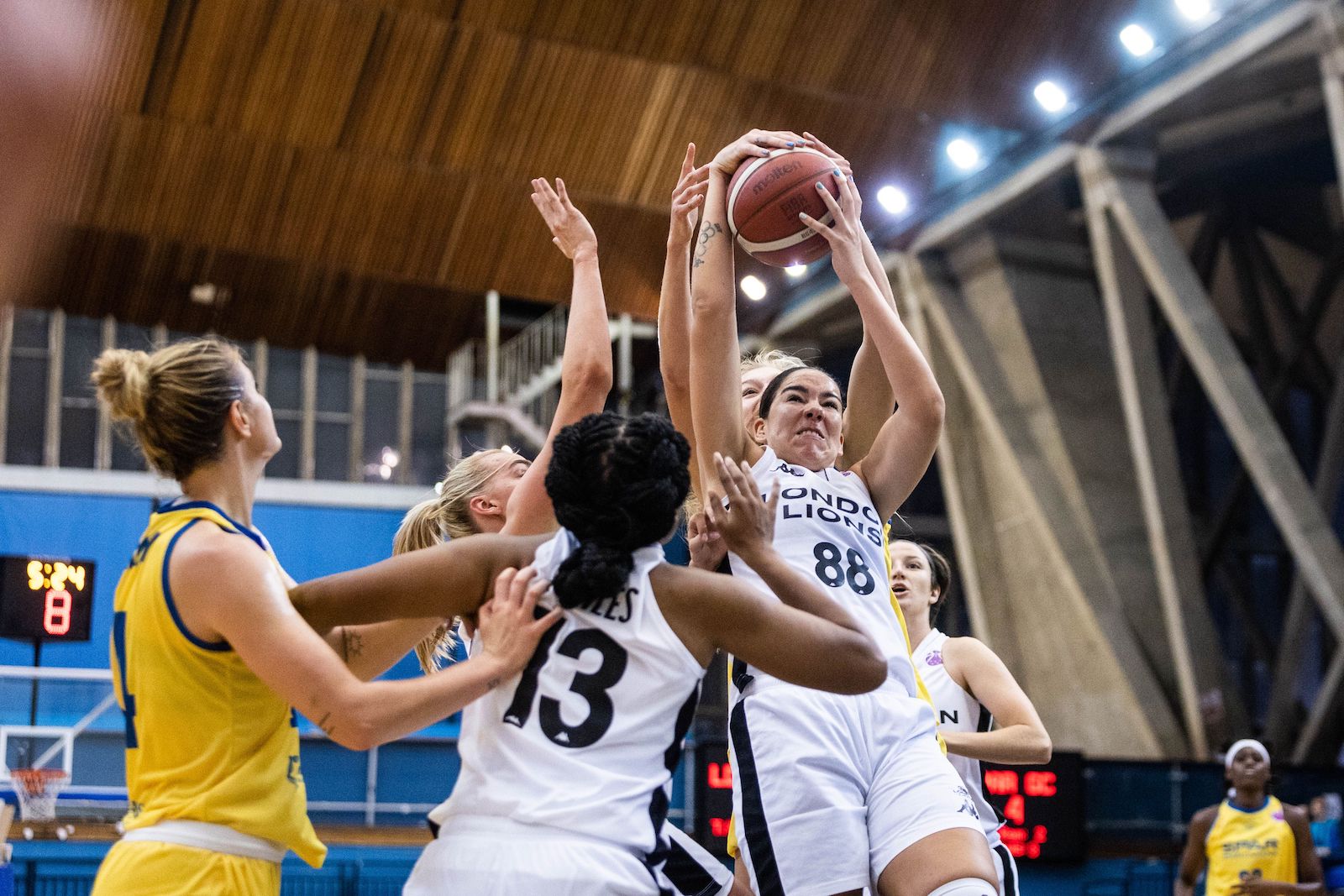 Lions to take the win over Gran Canaria in EuroCup Qualifer

An absolutely sensational performance from Lions women saw them hammer Spar Gran Canaria 76-46 in their EuroCup qualifier at Crystal Palace, on Thursday evening.

Mark Clark's side were in dominant form as they led from tip to buzzer and will now look to close out the qualifier on aggregate next Thursday and progress to the group stage of the competition.

As the first British side to represent the WBBL since its formation, Lions were in control from early on as Kennedy Leonard and Shanice Beckford-Norton scored the opening baskets of the game.

Holly Winterbun's debut saw her lead Lions with 22 points and six assists in 35 minutes, while Kennedy Leonard had 14 points and seven assists. Cassie Breen added seven rebounds to her 12 points while Azania Stewart finished with eight points and ten boards.

Lions never looked back after a 25-14 first period, but they blew the game open in the second quarter with a dominant 20-6 display. The home side won a tight third period 11-8 before outscoring the Spanish team 20-18 to wrap up a massive win.