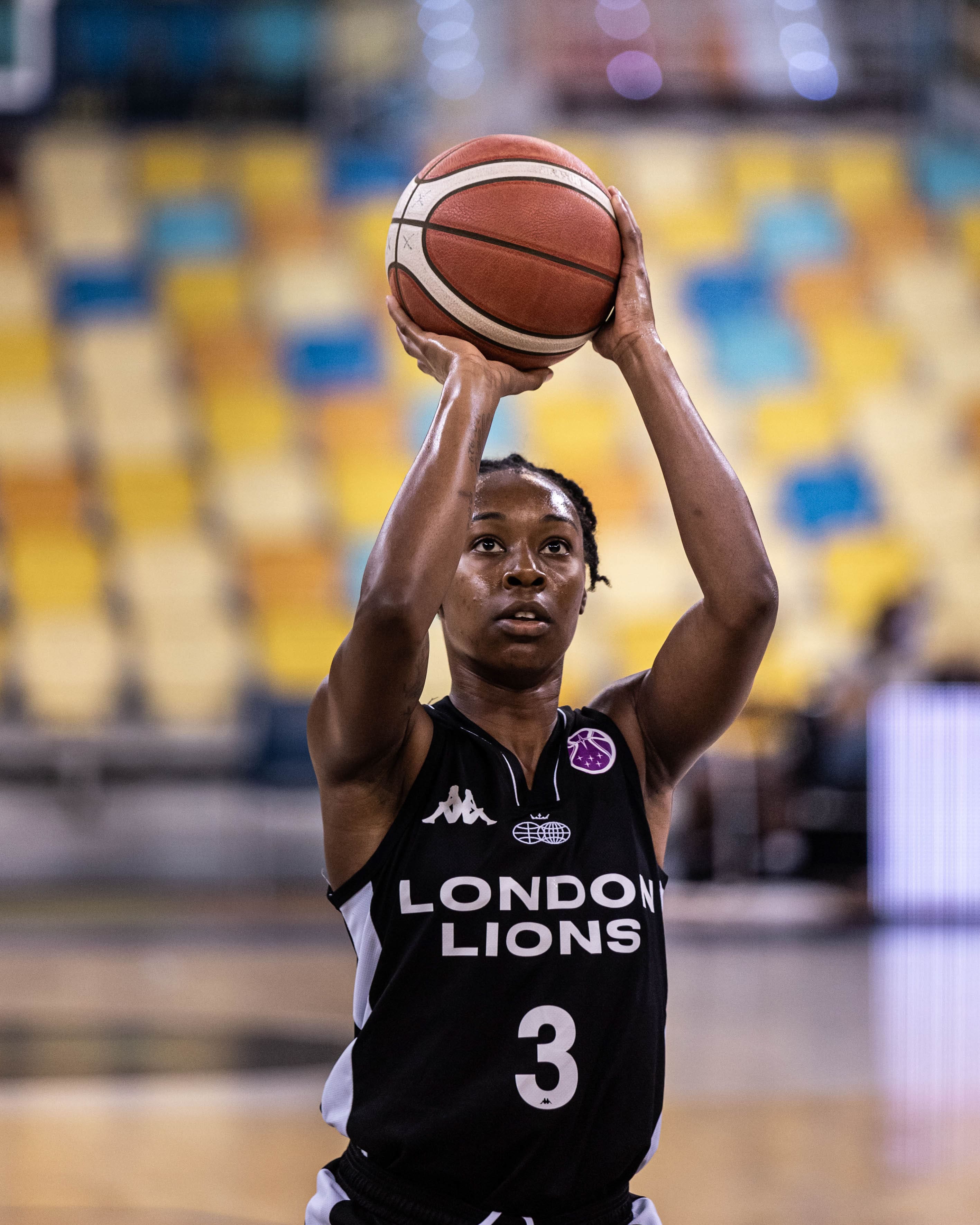 London Lions women return to the Copper Box on Sunday and they face one of their biggest WBBL games of the season when they host Leicester Riders, tip-off 12.30pm.

Both sides are expected to challenge for the title this season and, in common with Lions, Riders opened their WBBL Cup campaign with three wins – beating Oaklands Wolves, Gloucester City Queens and Cardiff Met Archers – before starting their WBBL Championship campaign with a thrilling 55-53 win against Nottingham Wildcats.

Coach Mark Clark isn’t expecting an easy game against the Riders: “They’re always a tough team to play against” he said. “They’ve got a lot of new players but they’re resilient and even in the second week of the WBBL season this is a crucial game for both teams. We need to be focussed and play to the best of our abilities.”

The Lionesses coach is looking forward to returning to the Copper Box after spending all of last season at the University of East London due to Covid-19: “It seems a long time ago since we last played alongside the men at the Copper Box, but it’s good to get in there for our first WBBL game. It’s also helpful to play a game there before we stage our European nights there.”

Riders did a WBBL Championship double over Lions last season, winning 83-74 at Morningside Arena before edging home 84-80 at Barking Abbey as they finished regular season in the runners-up spot. Lions fared better in the WBBL Trophy as they had a big 73-58 road win in the semi-final on the way to winning the title.

Summer signing Louise Rouse led the way for Riders in their WBBL Cup games, averaging 12.3 points and 8.7 rebounds in 23 minutes while Anna Lappenkuper matches her points and came up with 4.7 steals and 4.3 boards. Oceana Hamilton leads the Riders in rebounds with an impressive 10.3 boards per game, chipping in with nine points and 1.3 blocks.

Lions' guard Shanice Beckford-Norton knows it will be a tough challenge for a London side who are 4-1 in all competitions this season: “They’ll have had plenty of chances to scout us, and we know that they are always a difficult team to play against. It’s a big game very early in the season” she said.