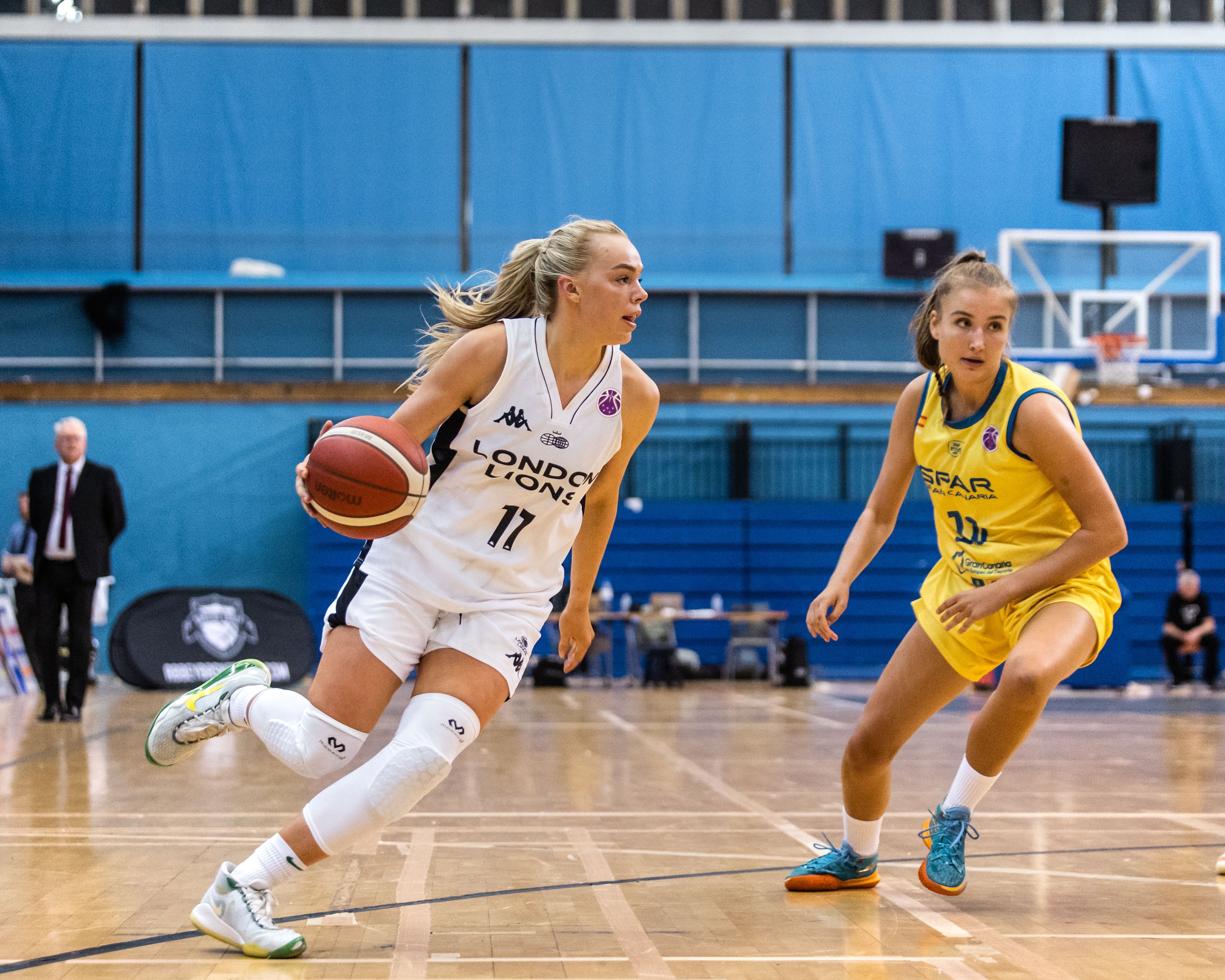 Lions women's coach Mark Clark couldn't hide his joy after his side hammered Spar Gran Canaria 76-46 on Thursday night to move within touching distance of the groups stage of EuroCup.

"In the first half we were about as close to perfect as you can be" he beamed. "That's the best I've ever seen us play, and other than a little lapse where their guard hit a couple of threes, we were completely dominant. We were good in the second half and to be honest we could have won by more, but if you'd offered me a 30 point win before the game I'd have happily taken it. We were much better than them on the night and we need to play that way in the second leg."

Clark is clearly delighted with how his team are gelling: "Kennedy [Leonard] and Holly [Winterburn] are a really impressive back-court, and although Shanice [Beckford-Norton] got in a bit of foul trouble that limited her minutes, she had a great game. As Cassie Breen get into the flow, she'll be great for us. But considering we were without Jo [Leedham] I thought it was a great all-round performance.

"We're not going to get carried away, there's teams with £2-3million budgets in the competition, but I think we're capable of getting through the group stage and competing in the knockout rounds."

Guard Beckford-Norton was also delighted with the performance: "I'm really pleased with the way we played, we were great" she said. "Everyone played their part, and that got us the win. When Paige and Azania sat down we had to step up defensively, and we went from giving up eight offensive boards to one. We made adjustments when we needed to and we maintained the lead.

"We've put ourselves in a great position to win the tie. But we mustn't settle, we need to maintain that standard and continue to play at that standard. When Jo [Leedham] comes back there's a lot we can accomplish, but even when she's on the bench she's still a great influence on us. We had a lot of great talk from the bench and high fives at time-outs, it helped us maintain our intensity."