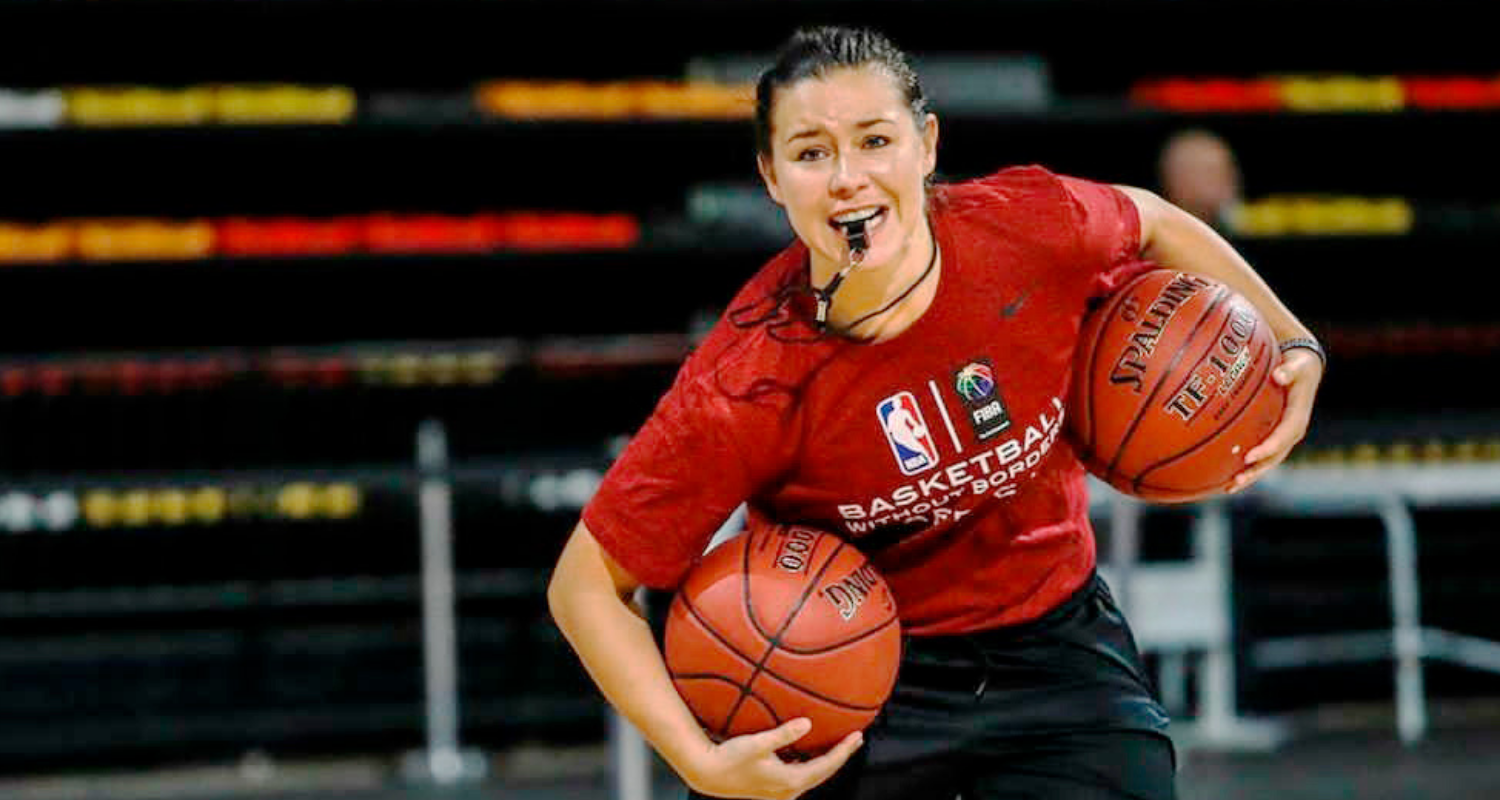 Cernivec’s role announced amidst Lions’ research unveiling 44% of UK women are not made aware of career opportunities in sport outside of playing.

The London Lions basketball team has confirmed Vanja Cernivec as the new women's team General Manager and Global Director of London Lions Academy. Cernivec joins from her previous role as an international scout for the Chicago Bulls - where she became the first female in the NBA’s history to fulfil this position. Vanja’s latest appointment also serves as a legacy moment for women in sport, as Cernivec becomes the first-ever female WBBL General Manager.

Today’s announcement comes as a landmark study from the London Lions shows 44% of females are not made aware of the career opportunities in sport outside of playing. Adding to this, a further 41% said there are not enough role models in sport management for them to look up to, making Cernivec a crucial figure for all young women in both British basketball and UK sport as a whole.

The Lions’ research alludes to a number of key issues surrounding gender in sport – from participation at grassroots level to representation among professionals in management positions and beyond. Having managed several community led programmes around the world as part of the NBA’s global outreach program, Cernivec considers community integration to be of paramount importance in her future facing responsibilities.

“In my previous role with the NBA league office, I had many opportunities to work with young players at grassroots as well as elite level. Helping young boys and girls around the world to develop and provide them with a platform to change their lives through basketball was the part of the job I loved the most. I see the connection with my new role at the London Lions. I’m super excited about the role of becoming General Manager, but to have the opportunity to help build stronger pillars for player and coaching development is something even more exciting.”

Cernivec joins a London Lions side that has recently completed an unbeaten WBBL season, succeeding in all 34 domestic games with an average margin of 40 points, achieving a domestic clean sweep by winning the WBBL Play-Offs, Cup, Trophy and Championship. The team's accolades last season cemented a momentous feat for women's sport, with the Lions arguably positioned as one of the most successful female teams in British sport. The hiring of Cernivec reflects the momentous progression of not only the London Lions, but more widely for women's basketball in the UK and globally.

Speaking of her decision to join the London Lions and the current state of women’s basketball in the UK, Cernivec said:

“When I accepted this role for the Lions, I was so happy to see the success they had last season and it also made me think what we need to do to improve the league in general. It was mainly the vision and the ambition of 777 for the London Lions and women’s basketball in the UK that influenced my decision. It will take a team effort and we will need to find a way to popularise the sport and at the same time be patient to allow slow and organic growth. I see the Lions playing a crucial role as front runners and the initiators in developing and implementing this long-term strategy.

“Hopefully in two or three years we will be competing in the EuroLeague. As an organisation we will need to be ready when we recruit high-profile players and put them in the right system to allow them to flourish. This means investing in coaches and other staff that are usually overlooked, which is something I’m going to focus on as well. I hope that with time we can attract the best players in the world to compete for the Lions and with that help inspire even more young athletes to pick up basketball.

“I think it will be crucial for our team to be able to identify and recruit foreign as well as the best UK talent. In this process we should also focus on helping other WBBL teams to raise their talent level and spark the growth of the WBBL as well. I looked at the list of the girls who are playing in the NCAA divisions, and I was surprised at the high number of British players competing in the US. We need to develop relationships with those players and create an environment for them to come back after they graduate. I’m not saying bring them back to the London Lions, I’m saying bring them back to the WBBL so that all teams can enjoy their success and growth.

"When I still played professionally, I was also clueless about the opportunities in the sports industry outside of playing and later coaching and potentially refereeing. It was only later in my life that I discovered different roles and opportunities within the sport/basketball industry. When we’re not going to have this conversation about the lack of female representation in sport is when I’m going to be happy. I find it frustrating that in 2022 we are still talking about this. I’m very supportive and I want women to have more opportunities, but at the same time, I want to be hired for my knowledge and experience.”

‍"Vanja joining the cause is a breakthrough for our organisation and British basketball more broadly. Her choice to advance her career with the London Lions evidences the magnitude and meaningfulness of the opportunity British basketball represents. Vanja reached rarified air in the NBA establishing academies globally and serving as a scout for the Bulls. Her commitment to us is a demonstration of ours to both the women’s game and to building world class basketball infrastructure in London for developing domestic talent."