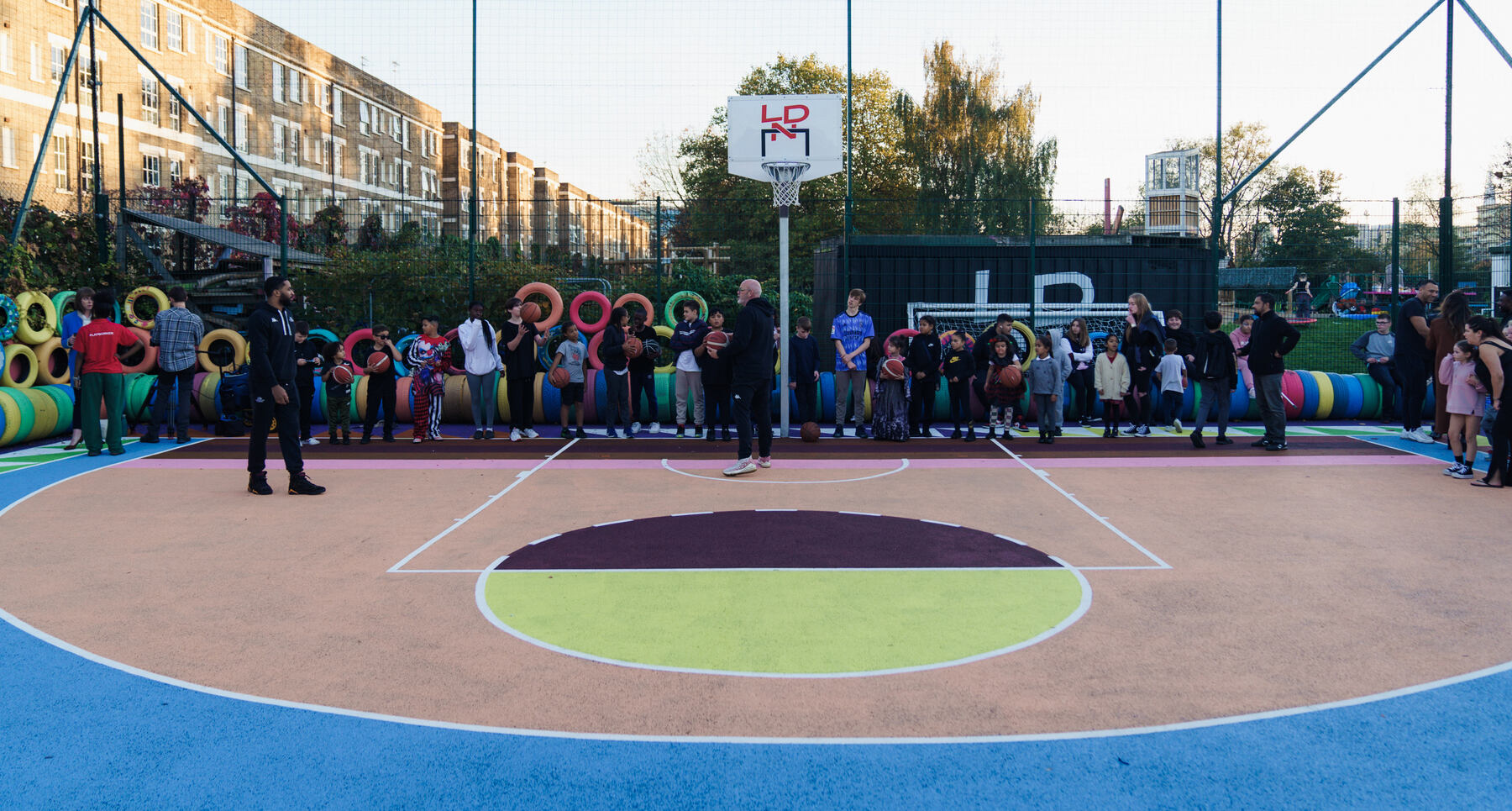 The London Lions Basketball Club and artist Alvaro Barrington have come together in partnership with Serpentine, CONSUL, Tower Hamlets Council and Weavers Adventure Playground in Bethnal Green to create a unique basketball court for the surrounding community and beyond. It will be opened to the public with a grand community event on Friday 28th October with representatives from the mayor’s office in attendance. According to research from The Trust For London, Tower Hamlets is London’s worst-hit borough in terms of child poverty; the court aims to provide a vibrant and free space for kids to play whilst bringing people together from all walks of life for a celebration of sport, art and community.

‍
Local charity Weavers Adventure Playground was also chosen as the perfect location and partner to help maximise the positive impact of the court, attracting between 70-150 children that come to enjoy their facilities every day. Realising the power that sport has as a catalyst for positive change, this landmark renovation marks the start of an ongoing initiative from the London club to renovate other community courts across the city.

‍
Influence and exchange are crucial to leading artist Alvaro Barrington, who draws upon a host of artistic and cultural references in his work. His resolutely interdisciplinary approach follows in the footsteps of Robert Rauschenberg’s ground breaking Combines, which he references by incorporating real objects into the picture plane, including carpets, steel drums, brooms and fans. He is an artist who is continually expanding his constellation of references, inspirations and communities, while always acknowledging the formative role of art history in his practice. Barrington has embarked upon artistic collaborations across exhibitions, performances, concerts, fashion and philanthropy.‍

The court and its role in the community

‍The basketball court is curated and facilitated by Serpentine who worked closely with Alvaro Barrington and the partners to deliver this vibrant and artistic communal space which took three months to bring to life. Beyond the official launch, the Lions will continue to offer a number of programmed sessions which will involve coaching with players and staff, creative tournaments and open play. After this, the court will remain as a legacy feature of the local community, gifted to London’s children as a dedicated space to play.
Alanna Norman, Treasurer at Weavers Adventure Playground, said: “For the past few years Weavers have been struggling financially with all the cuts that we have received. Weavers is a very important place to all our community to help our members thrive. With this brand new project we have with the London Lions we are excited to see what new doors this will open for our playground.”

Lutfur Rahman, Mayor of Tower Hamlets, said: “Young people in our borough have great sporting potential. We are delighted that this amazing new basketball court provided in partnership with London Lions and Weavers Adventure Playground, will provide yet more opportunities for the wider community to engage in and grow their talents in the wonderful game of basketball.”

Lenz Balan, Vice President of 777 Partners who own the London Lions, said: “This marks the start of an ongoing commitment to give back to the local community. It’s vital for children to have a safe space to play and engage in physical activity, and we hope that this new court provides just that.

“We see first-hand the positive difference that sport can have on people’s lives, and it’s now about maximising this impact in the areas across London that need it most. I also want to thank all of our partners involved in bringing this project to life – in particular the artist behind the design, Alvaro Barrington – for helping to deliver such a beautiful, artistic court that can become a vibrant hub for the local community.”

Barrington said: “I grew up in New York at a period where basketball was very local, with street courts like Rutger Park and Coney Island acting as training grounds for some of the most important ballers in basketball history with players like Michael Jordan taking the game onto the global stage. As a subject, there is so much history in Basketball and an abundance of ideas that I wanted to explore, but ultimately, I ended on the idea of a map that represents both migration and athleticism.

“Visually, this map draws from a few references, such as British Pop Art artists Bridget Riley, Gee’s Bend, quilt artist Annie May Young and Annie Bendolph and video artist Arthur Jafa. At both of ends of the court are two circles that reference the sun rising and setting in two distinct lands. Mountains, valleys, oceans and lakes are reduced to simple shapes. On the sidelines are triangles that are stand in for mountains and valleys. Surrounding the court are tyres and chains that for me speak to a mobility and athleticism, connecting back to the idea of migration and how it as a subject, is as relevant today as it has always been.”

Bettina Korek, CEO, and Hans Ulrich Obrist, Artistic Director, Serpentine said: “We are honoured to have played a part in extending Alvaro Barrington’s singular painting practice beyond gallery walls and into the heart of Bethnal Green. As a public artwork with a civic purpose, the refurbished court exemplifies Serpentine’s mission of building new connections between artists and society.

“We are thrilled to welcome the community into Barrington’s incredible vision and to watch as this landmark artwork comes alive as a place for daily sport, imagination and inspiration. Serpentine is grateful to have partnered with the London Lions, CONSUL, Tower Hamlets Council and the Weavers Adventure Playground on this landmark project that will be enjoyed for generations.”

Sami Janjer, Creative Concepts Director at CONSUL, said: “I really believe in the power of creativity and sport. When you combine these two elements it's a powerful mix that can not only inspire the local community but showcase the collective power of coming together to create something beautiful but also with substance and purpose.

“Thanks to London Lions for enabling this project to go ahead and being an exemplary member to inspire us all… Alvaro for a really beautiful and collaborative process. Hans Ulrich & Bettina at the Serpentine for opening up their rolodex. Weavers Adventure Playground and their work is more valuable than quantifiable and we are happy to see this new space being used by the local youth.”

‍The need for more spaces to play in Britain

‍The launch of the court comes alongside a landmark study from the Lions showing the importance of young people in the UK having a free space to play sport. The study shows that people in the UK believe this is becoming an afterthought across the country as an overwhelming 73% agree that cities are forgetting about children, becoming congested and running out of space for kids to play.

This represents a missed opportunity to better the outcomes for children across the nation, as the study found 46% of the population said having a free space to take part in sports or do physical activity is their most important mental health aid. A further 16% even admitted they would have engaged in anti-social behaviour or crime if they did not have these outlets whilst growing up.

In light of this, basketball presents itself as a fun and accessible sport that is crucial in engaging some of the UK’s most deprived communities. However, although it is estimated that 1.3 million people play basketball on a regular basis in the UK – the sport boasts the highest percentage of players from a non-white British background (47%) – it still ranks 12th for grassroots funding over the last decade.

According to UK Sport, Basketball received just £25,000 p.a. between 2018 and 2021 – compared to the £10m p.a. British Rowing received, despite it being the second most popular team sport - marking a strong disparity between its popularity and level of monetary backing. The Lions are keen to address this disconnect and hope that this court will create essential space for the capital's growing community of basketball fans.

Alvaro Barrington (born 1983) is a New York and London based artist. Primarily a painter, Barrington often incorporates yarn, wood and other media into his work. In addition to painting, Barrington has also embarked upon artistic collaborations across exhibitions, performances, concerts, fashion and philanthropy. He has now become a leading figure in the global art scene, being represented by a staggering eight galleries worldwide.

Barrington studied at Hunter College in New York and the Slade School of Fine Art in London, later teaching at both of his alma maters, as well as at the Cooper Union in New York. His first solo exhibition, which opened the same year he graduated, was curated by Klaus Biesenbach at MoMA PS1, Queens, in 2017. His work has since been shown in numerous solo and group shows, including Alvaro Barrington: SPIDER THE PIG, PIG THE SPIDER, South London Gallery, London (2021); Mixing It Up: Painting Today, Hayward Gallery, London (2021); A Taste of Chocolate, Thaddaeus Ropac, London (2018), and through his ongoing Tt x AB collaboration with the painter Teresa Farrell. Barrington co-curated the exhibition Artists I Steal From with Julia Peyton-Jones at Thaddaeus Ropac, London in 2019, followed by his solo gallery exhibitions in Salzburg (2022) and Paris Marais (2021).

‍Championing new ideas in contemporary art since 1970, the Serpentine has presented pioneering exhibitions for half a century from a wide range of emerging practitioners to the most internationally recognised artists of our time. Across two sites only 5 minutes apart, in London’s Kensington Gardens, Serpentine presents a year-round, free programme of exhibitions, architecture, education, live events and technological innovation, in the park and beyond. Following our core mission of building new connections between artists and society, Serpentine is proud to maintain free access for all visitors, thanks to its unique location the Serpentine also reaches an exceptionally broad audience and maintains a deep connection with its local community.

‍The London based concept studio behind the initial idea, CONSUL, who work alongside some of the world's most influential and accomplished artists and brands, collaborated with the artistic curator for the project, Serpentine, in order to bring the court to life. 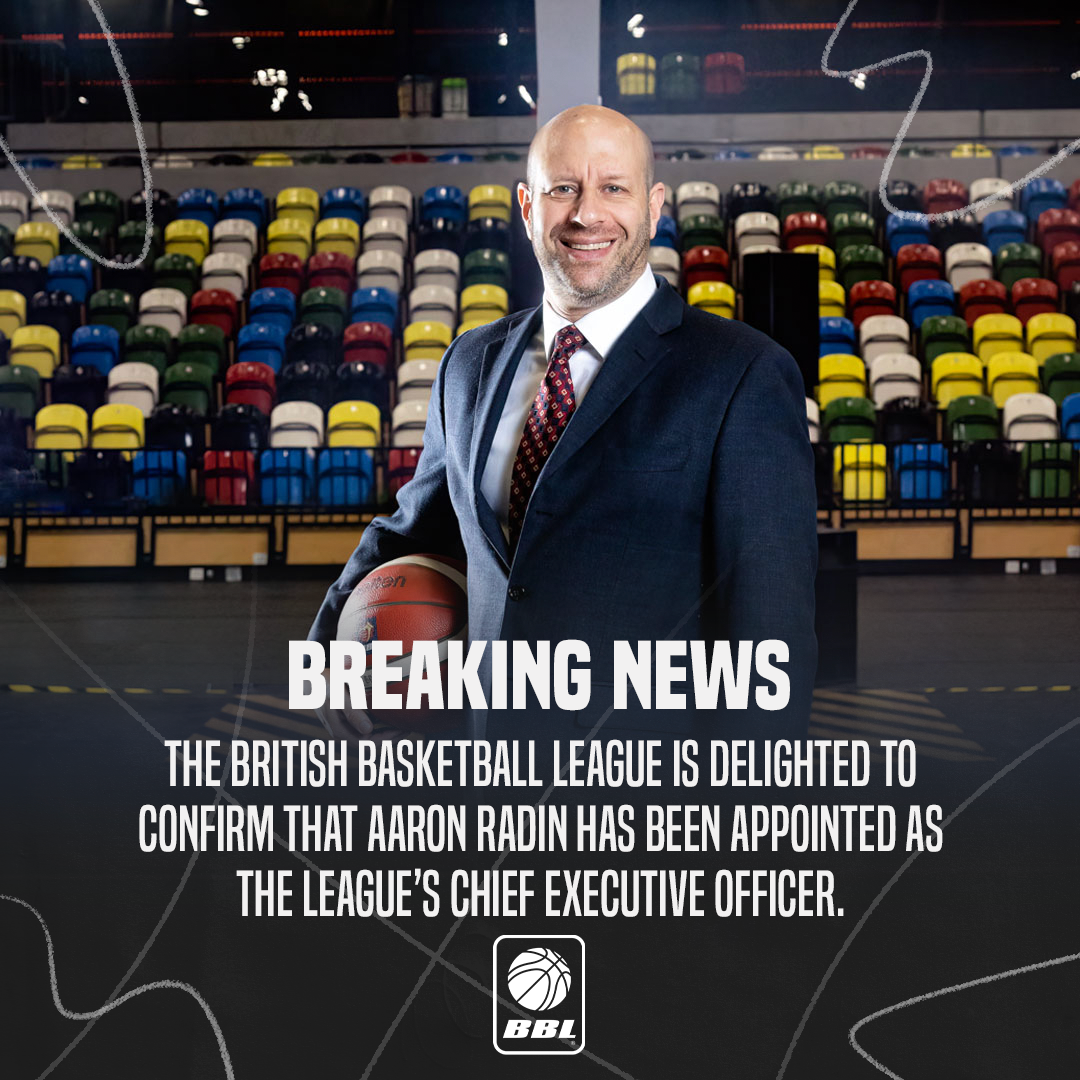 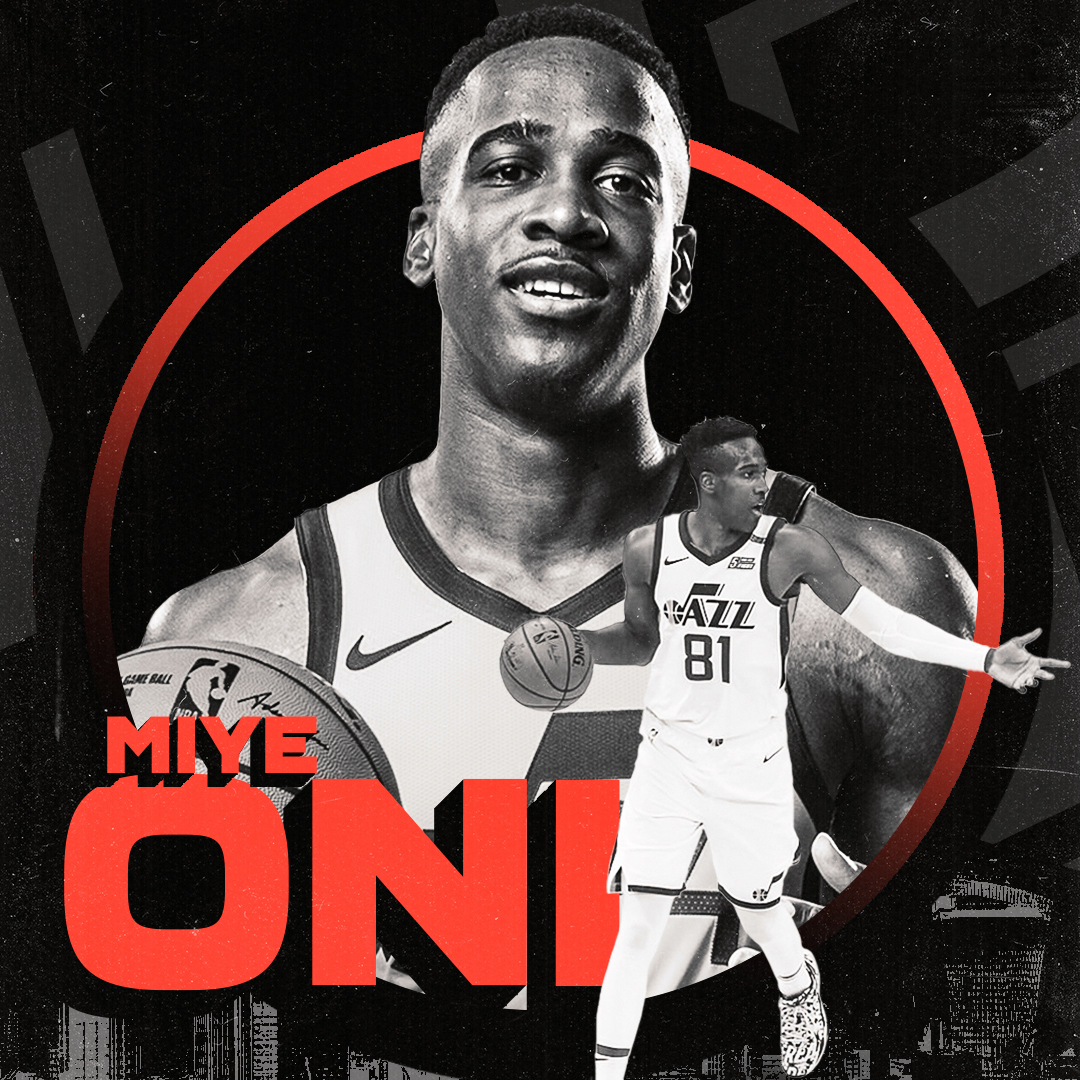 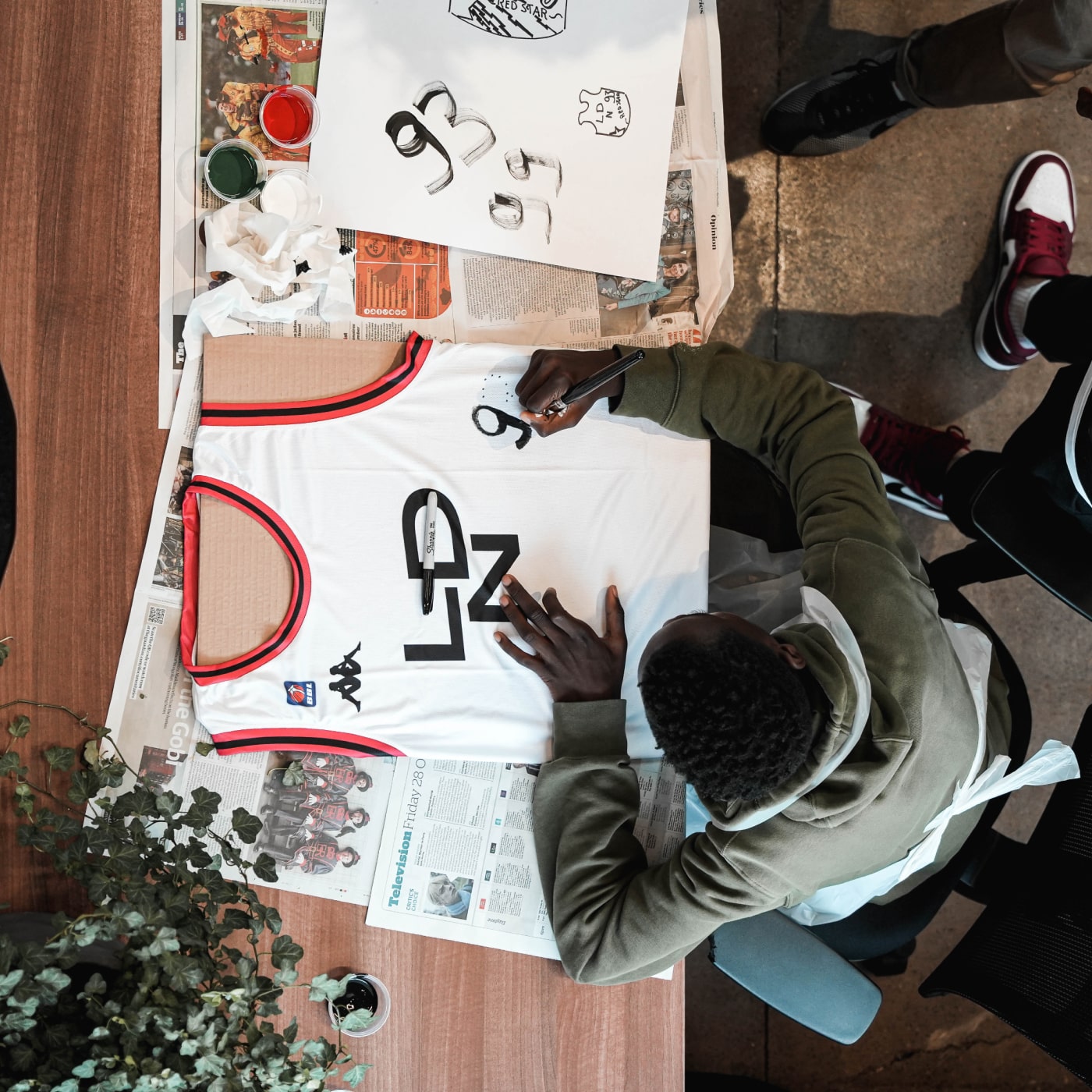 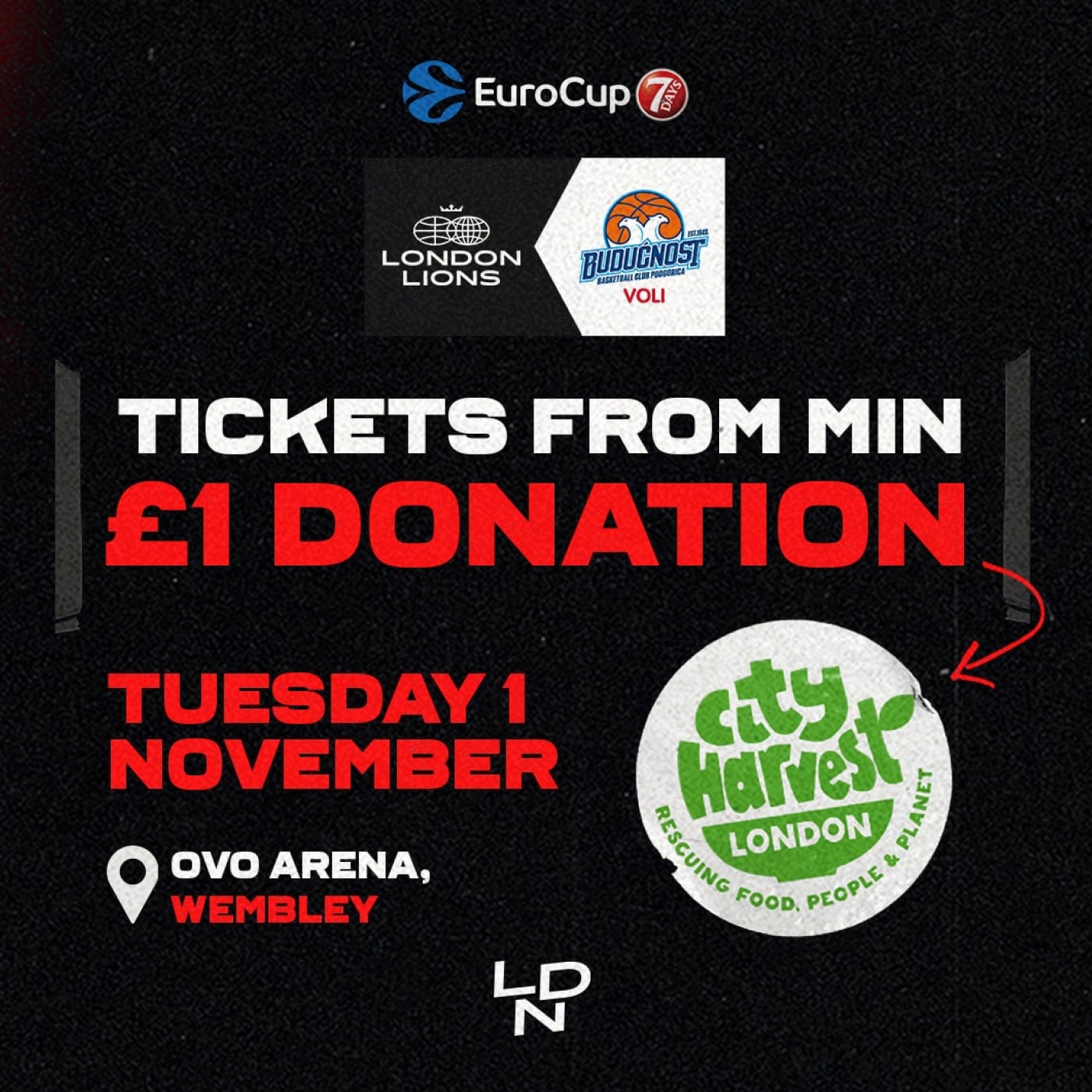