London Lions look to extend their record-beating run in WBBL 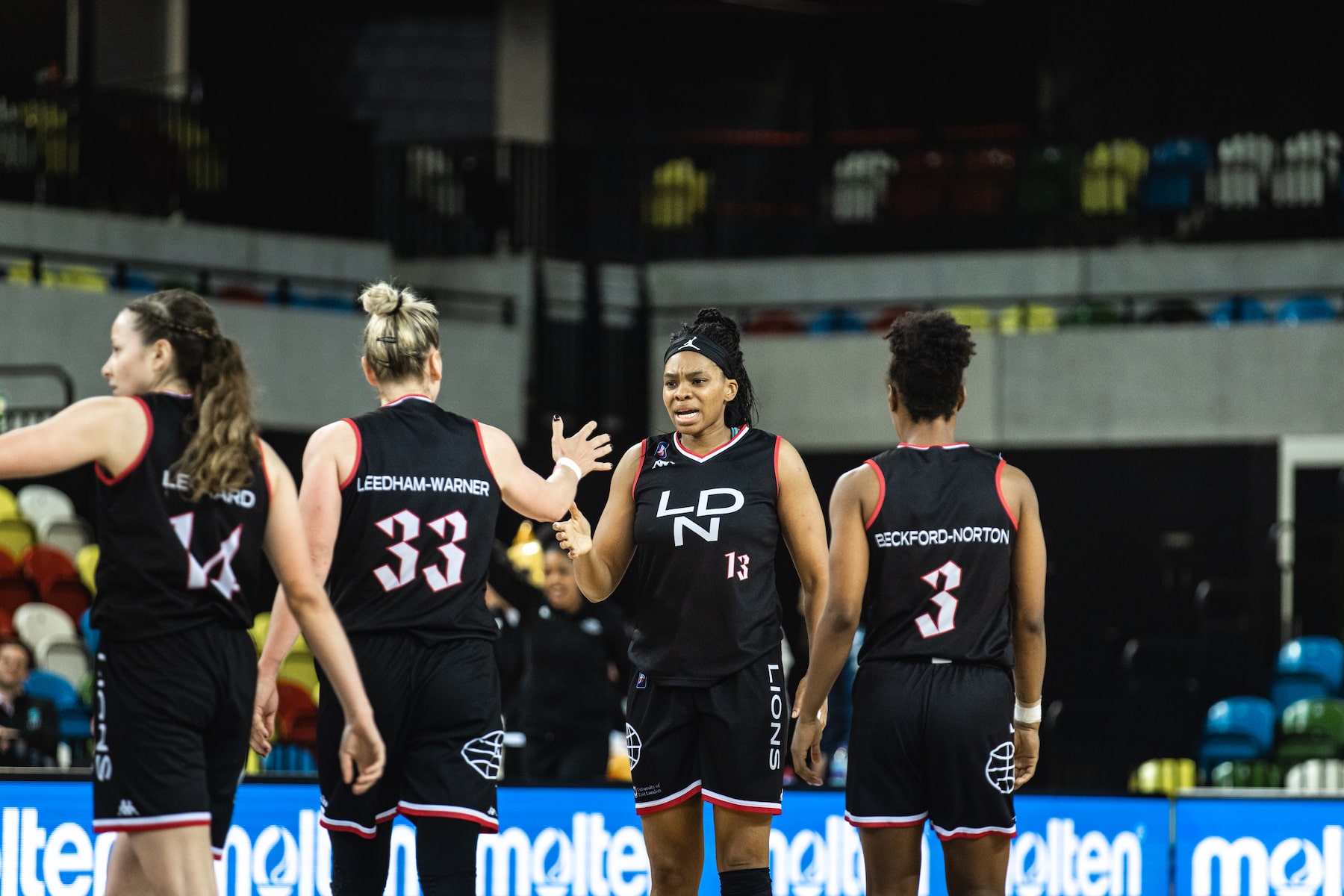 London Lions will be looking to extend their record-beating run in WBBL competitions when they host Cardiff Met Archers at the Copper Box on Sunday.

Tip-off for Mark Clark’s team is 1pm, with tickets available here, and the Lions will be aiming to extend a 27-game domestic winning streak – a run that goes back to last season.

While Lions sit top of the table as the season enters its final month, Archers are bottom with two wins from 17 games and despite last week’s 97-64 hammering of Gloucester Queens they would need a massive upturn in form to reach the post-season play-offs.

Clark is looking forward to Sunday’s game as his side begin a tough run of games, with the day – which includes a BBL game against Sheffield Sharks – being dedicated to former Lions coach Andea Boreland who passed away six months ago:

“Sunday is a huge day in the memory of Andrea  and I hope a lot of people will come along and remember someone who brought so much to basketball, especially in London” he said.

“I’m disappointed that we missed the Wednesday game [against Essex] it’s going to be difficult to reschedule that game but looking forward to Cardiff they’re obviously they’re coming off a big win against  Gloucester.

“They have a lot of talented players, so it’s important that we establish ourselves defensively early. If we can do that I’m confident we’ll be able to rotate minutes for our players. It’s always dangerous playing against a young side as they are often fearless and they’ll be full of confidence after last week’s win.

“Cardiff is the first game in a busy month, and I think we end the run with four games in seven days. So it’s important that we manage our players and the depth we have will be key.

“Jo [Leedham] rolled her ankle in the week, so she’ll be a game-time decision and we’re not going to play Chantel Charles at all on Sunday as she’s been playing through a few niggling injuries over the last few weeks and she needs a break. Apart from those two everyone should be in the line-up, but it again shows the need for depth.”

Shannon Hatch leads Steph Collins’ team with 18.4 points and 8.1 rebounds, adding 2.1 steals and 1.8 assists. While Lauren Saiki adds 15.6 points and 4.7 boards to a team-high 7.1 assists. Mara Marchizotti is the only other Archer close to double-digit scoring with 9.6ppg, adding five rebounds and 1.2 assists.

Cassie Breen’s 19 points and five rebounds led Lions when they won 83-47 in the Welsh capital on Halloween, while Kennedy Leonard had 14 points to go with her seven assists