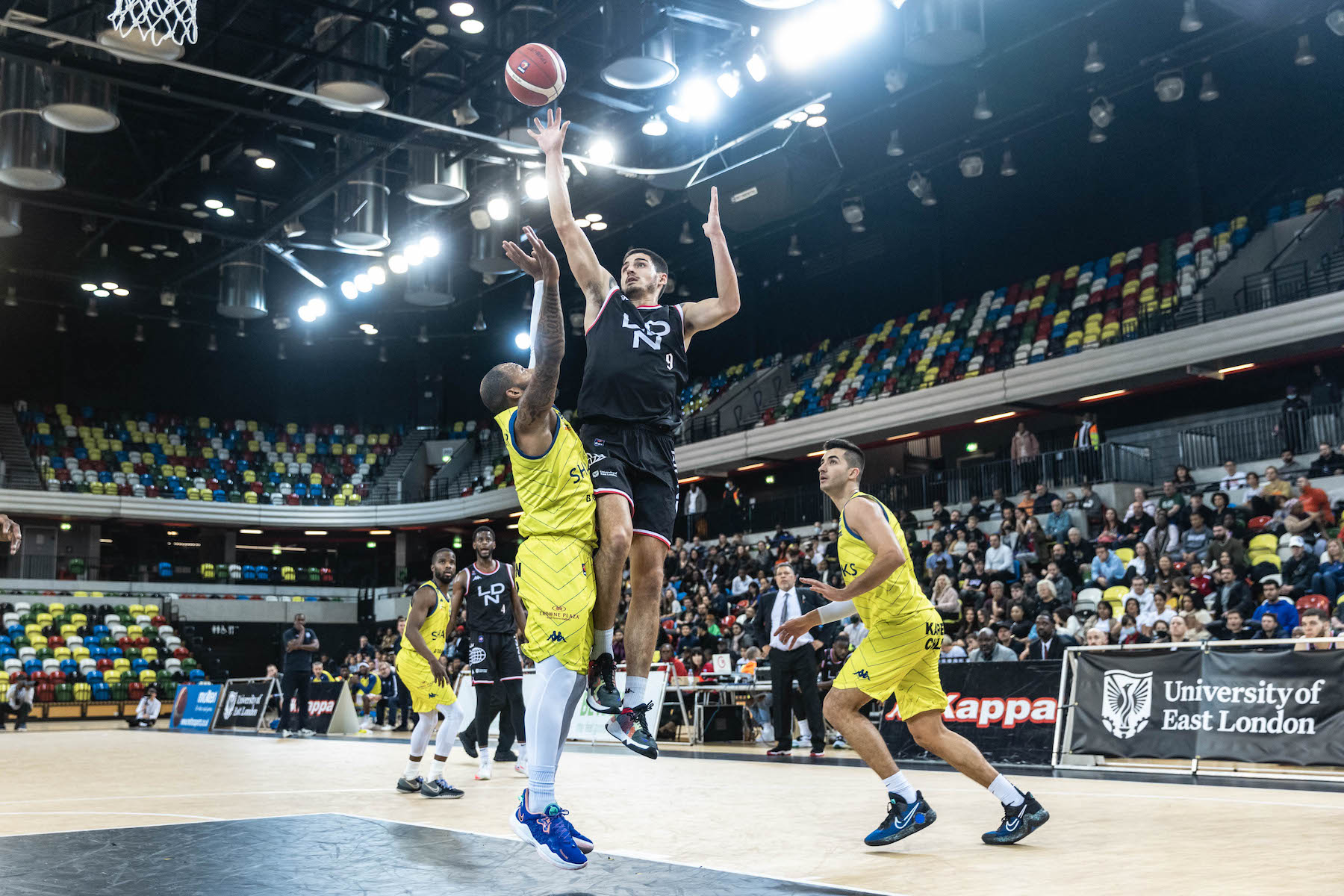 Vince Macaulay praised his team’s defence as they reached the BBL Cup semi-final with a 100-68 victory against Sheffield Sharks on Saturday.

“I think we did an outstanding job defensively to hold them to such a low number” he said as his side improved their record to 14&2 in all competitions.

“We knew it was a do or die situations and we’re constantly managing the injury situation. Isaiah [Reese] joined the walking wounded but Justin Robinson’s comeback from injury is coming along nicely and we had a great game from Andre Lockhart.

“We made a slow start, but we shot the ball really well and it’s great to be in another semi-final.”

Lions will now travel to a Leicester Riders side that they have already met twice in the competition, and Macaulay is excited about the prospect of facing arguing their biggest rivals in the BBL: “We’ve had two contrasting results up there, but we’re getting used to playing there and I think it’s a great opportunity to try to reach another final.”

Macaulay and his team now wrap up their Europe Cup first round group stage with a trip to Germany to face Medi Bayreuth on Wednesday.