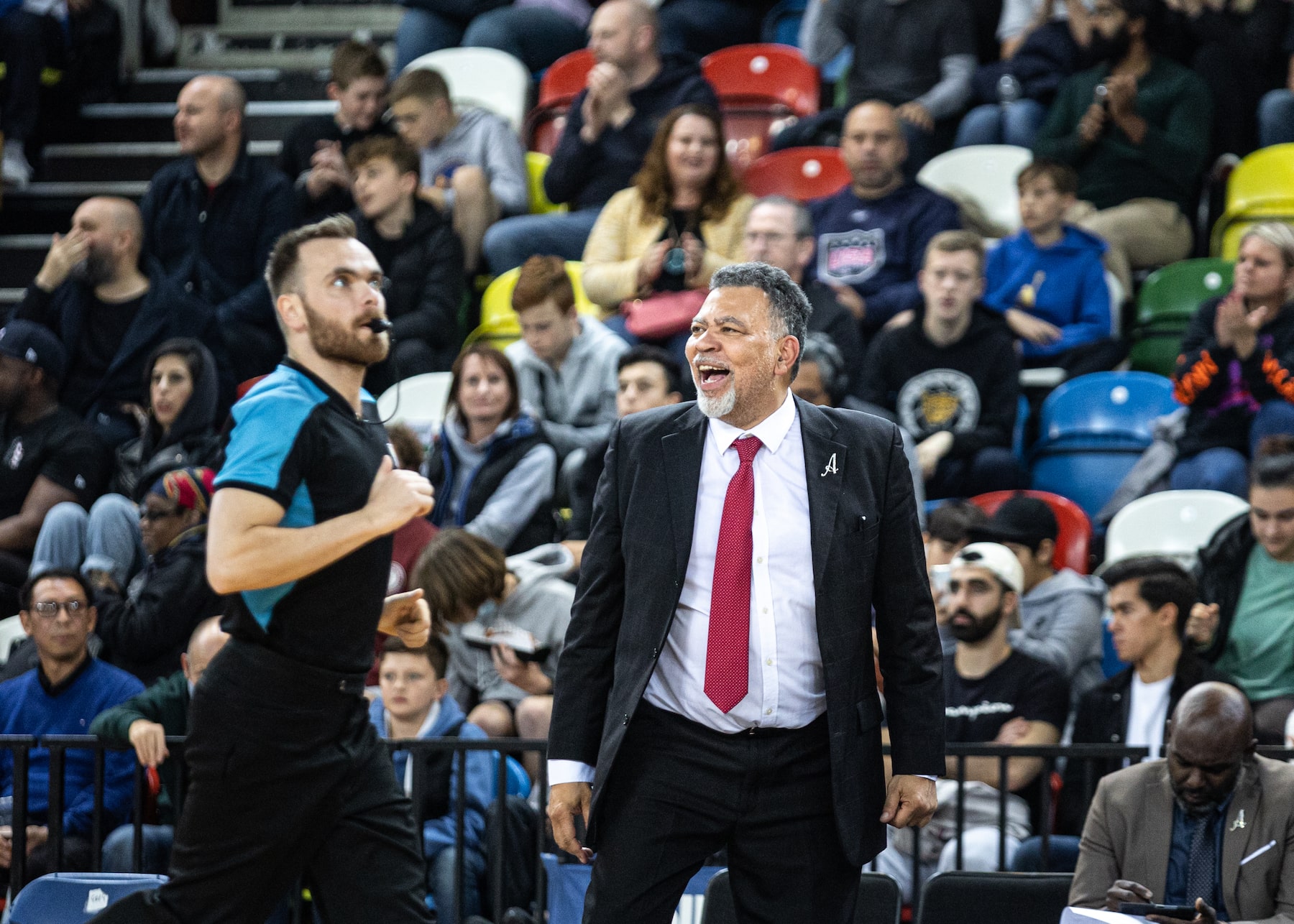 It’s the biggest game of the Europe Cup first stage so far at the Copper Box on Wednesday as London Lions host Medi Beyreuth, tip-off 8pm.

The game sees the two sides who have perfect records after two rounds of games, and Lions’ coach Vince Macauley is clearly looking forward to the game.

“Obviously it’s a huge game for us” he said. “They’re the only team we haven’t played and we both have 2-0 records. They had a very impressive performance against Kapfenberg Bulls and a good win at Donar. The German BBL is a tough league, so it’ll be interesting to go against them. We’re enjoying Europe and feel like we can compete, so I hope we can put in a good performance and challenge them.”

Macaulay has obviously done his homework on the German side: “Martynas Sajus is a huge body in the middle and [Marcus] Thornton can fill it up with ease. He reminds me of Demarius Bolds, he’s a more energetic version of him and is a very tough character. The match-ups will be key.”

Thornton leads the German side, averaging 19.5 points per game including a 28-point haul against Kapfenberg, adding 4.25 assists. Spaniard Janari Joesaar leads them in rebounding with 6.5 boards per game, adding 9.5 points and 1.5 assists, while Lithuanian Sajus brings 13.8 points and six rebounds.

Beyreuth have saved their best results for knockout competitions this season, beating Glessen and Szedeak to reach the Europe Cup regular season and winning against Hamburg in the German Cup but in the DBBL they have won only one of their four games.

Jordan Williams is expected to return to the side after missing Lions’ last two games, but Justin Robinson remains on the injured list.