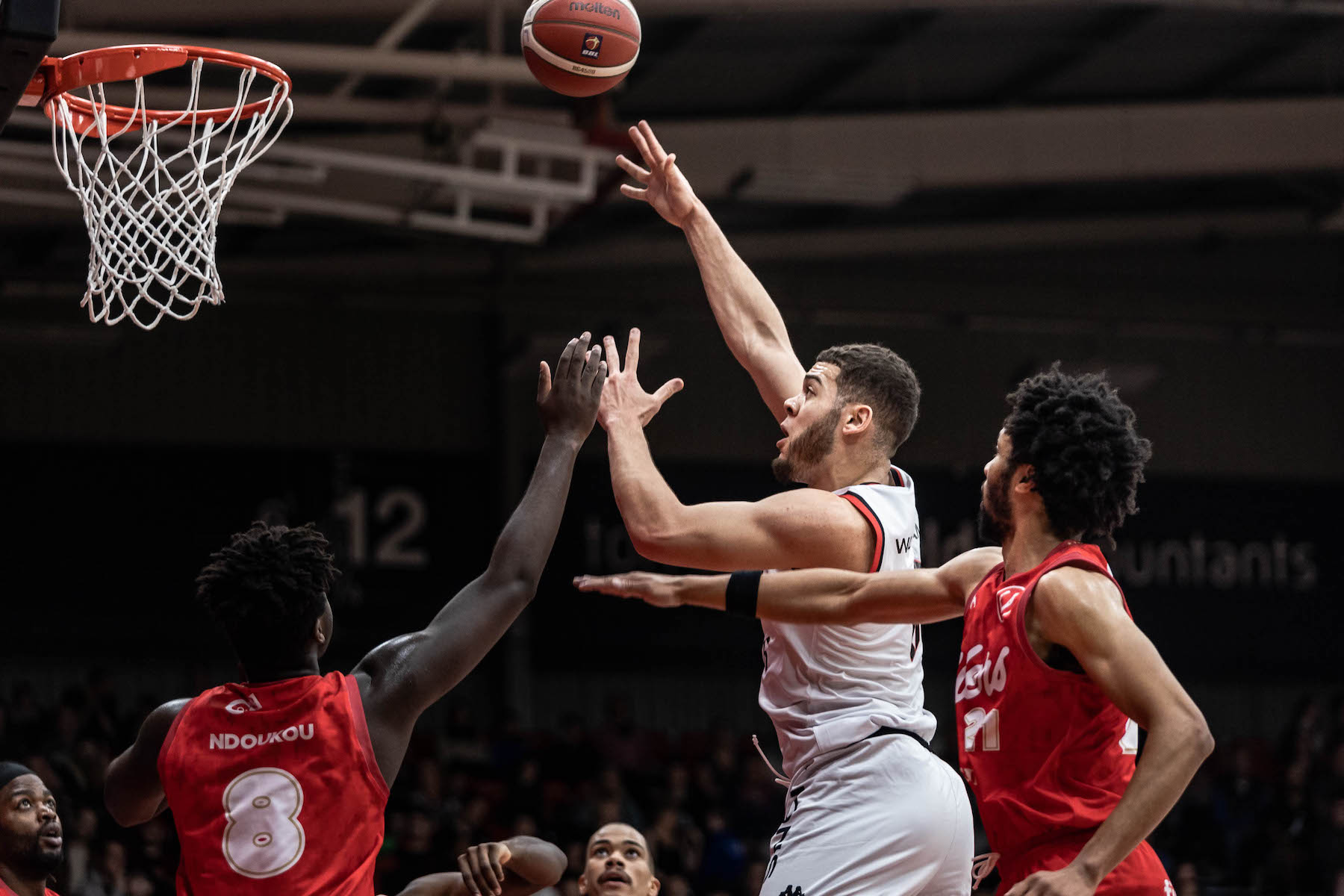 One of the biggest rivalries in British basketball continues on Friday

One of the biggest rivalries in British basketball continues on Friday when London Lions host Leicester Riders in the first leg of the BBL Cup semi-final, tip-off 7.30pm at the Copper Box.

A place at the NIA, Birmingham in January awaits the winner of the two-leg tie with Glasgow Rocks and Manchester Giants meeting in the other semi-final.

The teams need little introduction to each other as they met twice in the pool stage of the competition as Lions won the group with a 7-1 record, Riders finishing second with six wins from their eight games. Riders inflicted Lions' first domestic defeat of the season when the teams met at Morningside Arena in late October, producing a strong fourth period to win 93-76. The return was also played in Leicester due to the Copper Box being unavailable, and with top spot in the group at stake, Lions gained revenge with a 97-83 victory.

Gino Crandell continues to dominate for Rob Paternostro's Riders, leading his team with 17-2 points,three steals and 7.6 assists per game, adding 4.3 boards while Mo Walker has a team-high 6.7 rebounds to go with 9.6 points. .

Lions’ coach Vince Macaulay is looking for his side to be ready for another big game after returning from Turkey on Thursday lunchtime: “It was a tiring trip but we got back nice and early, and hopefully the early tip-off on Wednesday will have helped us” he said.

The Lions’ play-caller is ready for another big game against the Riders: “It’s an important competition for us and it should be another barnstormer of a BBL game. The second leg is a couple of weeks away but it’s important to get an advantage before the away game.”

Macaulay knows what to expect from the Riders: “Geno is the driving force, which is what you’d expect from the league MVP. But Marc Loving is getting comfortable with the BBL and Patrick Whelan compliments Geno well with his size and ball handling.

The second leg of the tie takes place on Thursday December 30.