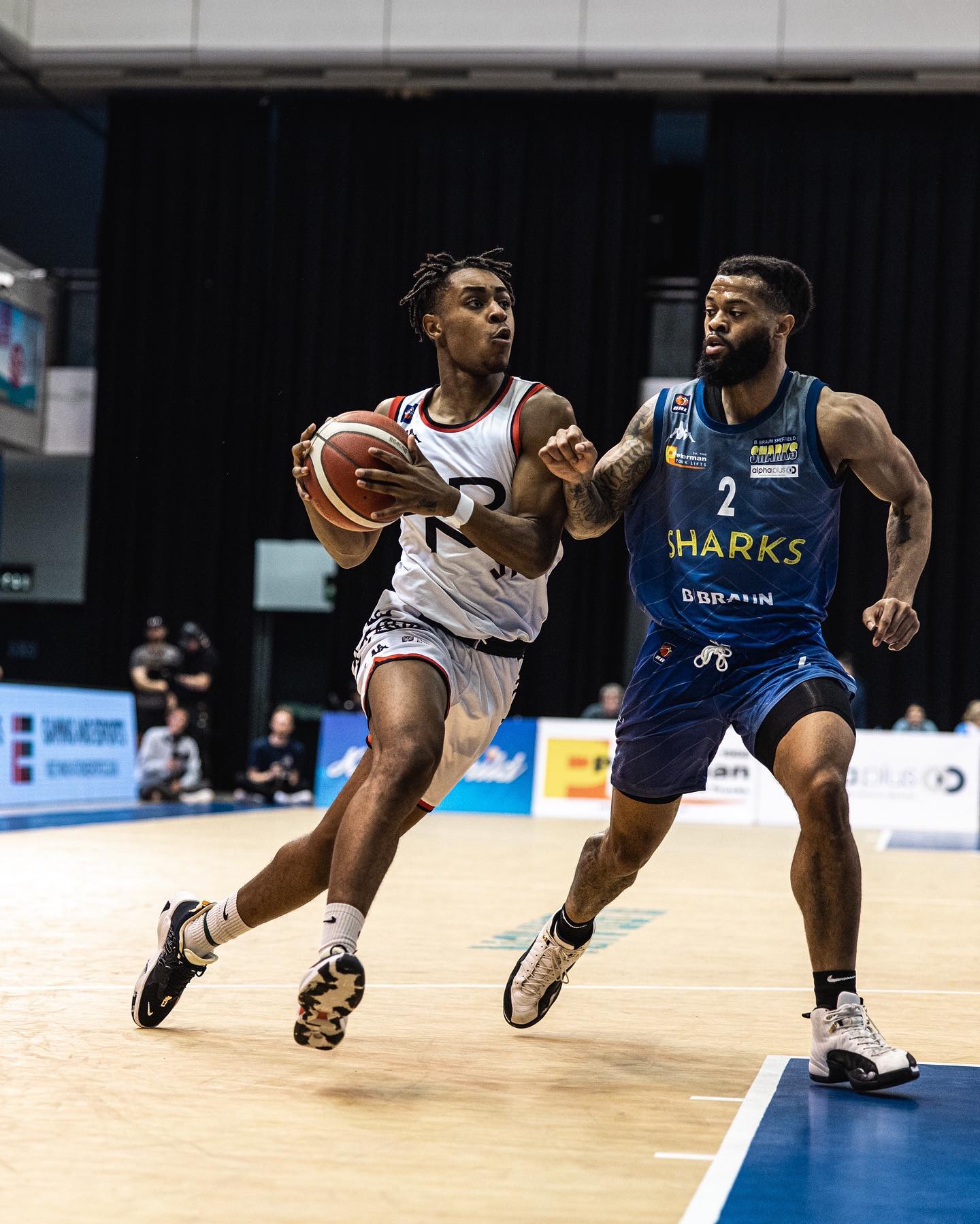 It wasn’t a Good Friday for Lions as they suffered overtime heartbreak in Sheffield, going down 78-71.

Bradley Kaboza had put Nikhil Lawry’s team 64-60 up with 3:23 on the clock but they failed to trouble the scorers again in regulation time and the home side’s 11-0 across the end of the fourth period and the additional period set them up for a key victory in the battle for second place in the BBL.

Jordan Williams opened Lions’ scoring in what proved to be a low-scoring first period before Reese sunk a triple to give them their first lead of the game, and although Sharks answered with six straight points, a Reese lay-up cut the deficit to 12-11 at the first break.

Lorenzo Cugini drained a triple to put Lions ahead with the opening score of the second quarter, Sharks replied with a 12-0 run before scores from Chris Tawiah and Williams kept Lions in touch before Julian Washburn sunk a trey.

Williams’ lay-up kept Sharks’ lead down to 35-29 at half-time, and Kaboza halved that deficit with the opening score of the second half only to see Johnson reply from downtown. A trademark Kylor Kelley alley-oop got Lions moving and another Reese triple made it a one-point game at the five-minute mark.

Reese’s third triple of the game tied the score at 45 a minute later and his lay-up sent Lions into the fourth quarter level at 51-51,

Kaboza opened the scoring in the final period of regulation time and scores from Ryan Martin and Washburn put the visitors up by four points with seven minutes left. A Kelley jump shot followed by a dunk put Lions 61-57 going into the final five minutes of regulation time before Kaboza’s triple kept the four-point margin. But Delpeche and Rathino sent game into overtime, with Williams and Sharks’ Nichols both missing shots to seal the win before Rathino’s triple capped a 7-0 run to put Sharks in the driving seat after two additional minutes.

Reese’s triple gave the visitors hope but Mike Tuck made it a five point game heading into the final two minutes and Lions never got any closer than that down the stretch as Sheffield wrapped up the win.