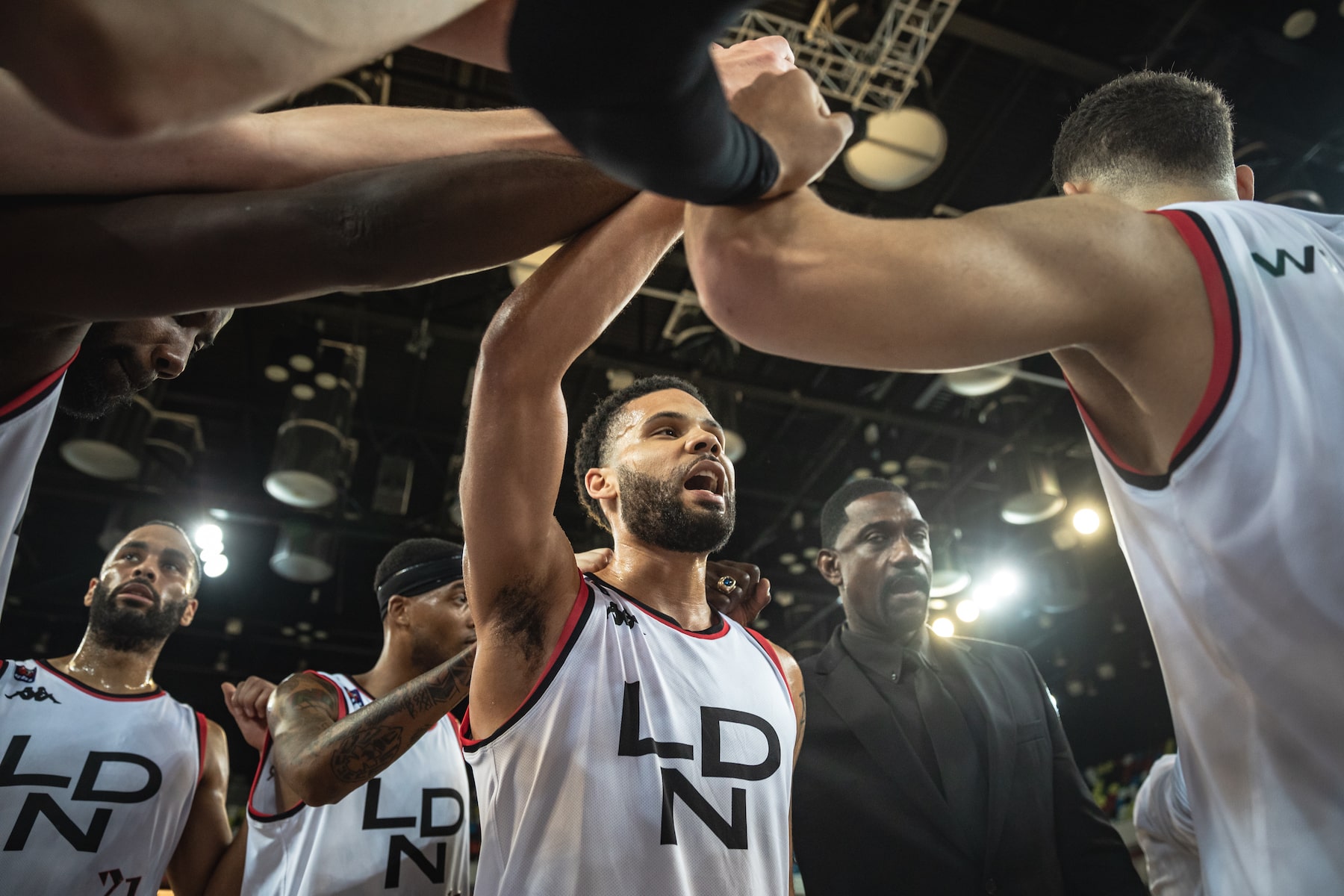 Plymouth trip for Lions on Sunday

After their midweek Europe Cup success in Netherlands, London Lions return to BBL Cup action on Sunday when they travel to Plymouth City Patriots.

Lions have already sealed home court advantage in the quarter-finals of the competition, and a victory in the West Country would go a long way towards securing top spot in the southern group. Head coach Vince Macaulay is looking for a sixth straight win in the competition:

“If we can win in Plymouth and then a victory away to Leicester, we won’t have to worry about the Riders’ home game” he said. “We had a day off as we travelled home on Thursday, and we’ll be working hard to make sure we get another win.

“They’ve added Deji Adekunle, and Kingsley Okoroh is back in the fold. They’ll work hard, execute some plays well and we can expect a couple of highlight from Joe Hart.”

Having been formed from the ashes of Plymouth Raiders, Patriots retained coach Paul James but have found life tough going this season with four losses in the BBL Cup.

James’ team visited the Copper Box in late September, with Lions roaring to a 91-60 victory. Macaulay’s team put on an excellent offensive performance as they had four players reaching 15+ points, lead by the superb Dirk Williams (19) returning for his second season in the capital. Isaiah Reese had an impressive 11 assists to go with his 16 points and six rebounds, while Josh Ward-Hibbert also had a double-double as he came off the bench to finish with 15 points and ten boards. Jordan Williams added 15 points and six boards while Julian Washburn pulled down 11 boards to go with his six points.

Denzel Ubiaro in the lynchpin of the Patriots offence, averaging 20.5 points per game, adding seven rebounds, 1.75 assists and a steal per game. Hart and Shawn Shelton add 10.25 points per game each. Harts adds seven rebounds and three assists while Shelton brings 5.5 boards and 1.5 steals.