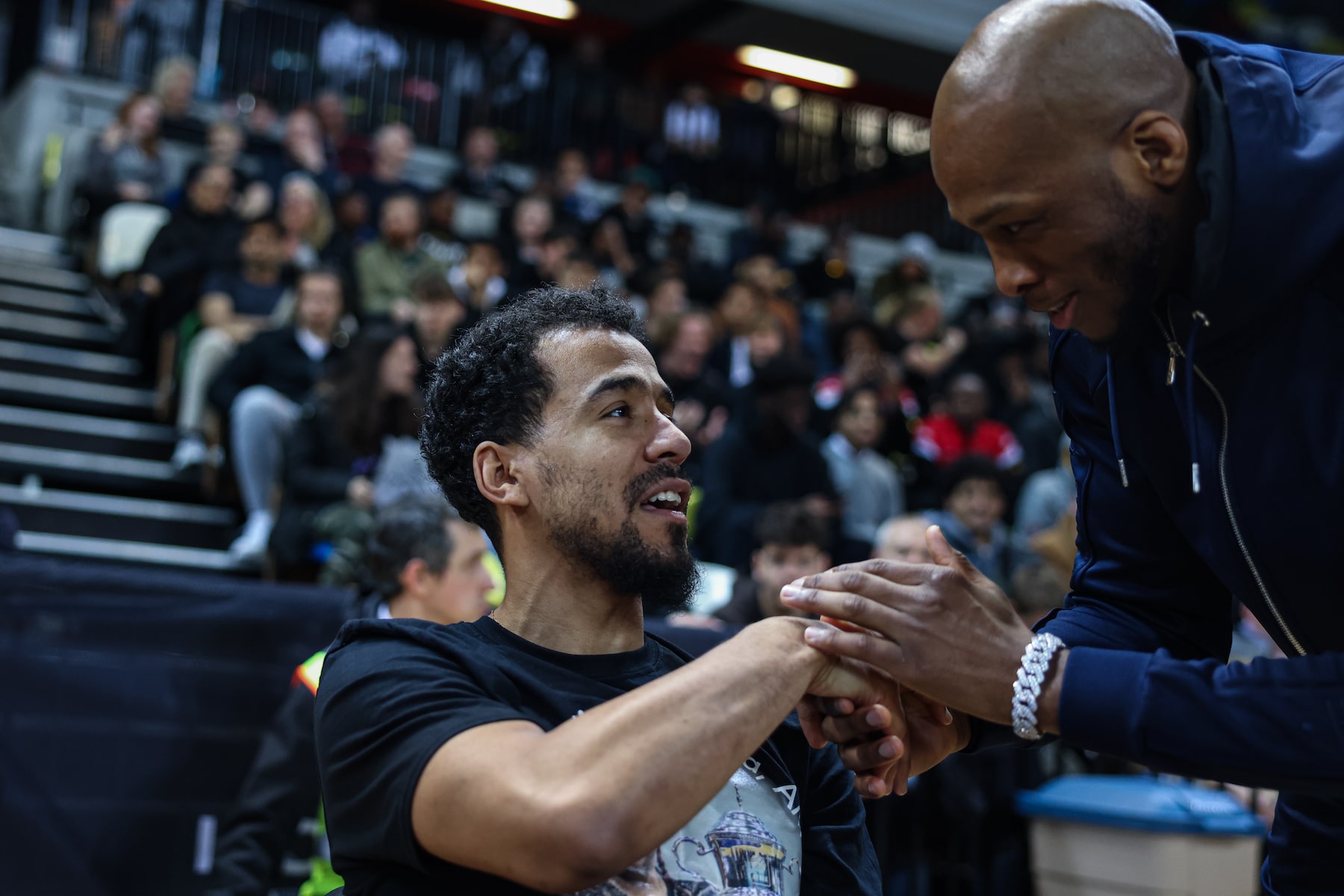 Justin Robinson knows the size of the task facing his Lions side as they prepare to face Leicester Riders in the BBL Play-off final at the O2 Arena this Sunday.

The Lions will face a Riders team who won the BBL regular season with only two defeats and the BBL Cup - although they lost to Lions in both competitions, the London captain expects a difficult game in this week's title game

"They're our biggest rivals, there's no disputing how big the game is" he said. "Rob [Paternostro - Riders' coach] has been there and done it many times, he's a great coach and he'll have them ready.

"Greg Crandall is the head of their snake, but there's a bunch of great players, and guys like [Marc] Loving, [Patrick] Whelan, Zach Jackson and Mo Walker make them a really good all-round team. They've proven over the years that they can be consistent and disciplined, which is why they've won so many trophies."

Robinson will miss the game after undergoing knee surgery, but the veteran point guard believes his team can win the season's final piece of silverware

"It was good to finish the home season on a high" he said. "There was a great atmosphere, the guys are rolling and on the same page. We're clicking at the right time and we need to carry that momentum over to Sunday.

"It would be huge for the club and fans to finish the season with a championship. I'd love to out there, fighting and leading the guys, but they can win it without me. It would be huge considering what we’ve ben through this season. We lost Coach Andrea [Norton], we've had two coaching changes, health issues, injuries seemingly countless and Covid issues. It's been very up and down.

"So to win the win the club's first Play-off title in its history on Sunday would make everything worthwhile, we can leave the season on a positive note."

Robinson, who spoke to the Copper Box crowd before the semi-final victory against Bristol, is pleased with the progress his knee is making after surgery:

"It's getting better each day, I'm getting more bend and doing rehab three or four times a day. I'm seeing the physio and doctor a lot, and I'm trying to be disciplined."