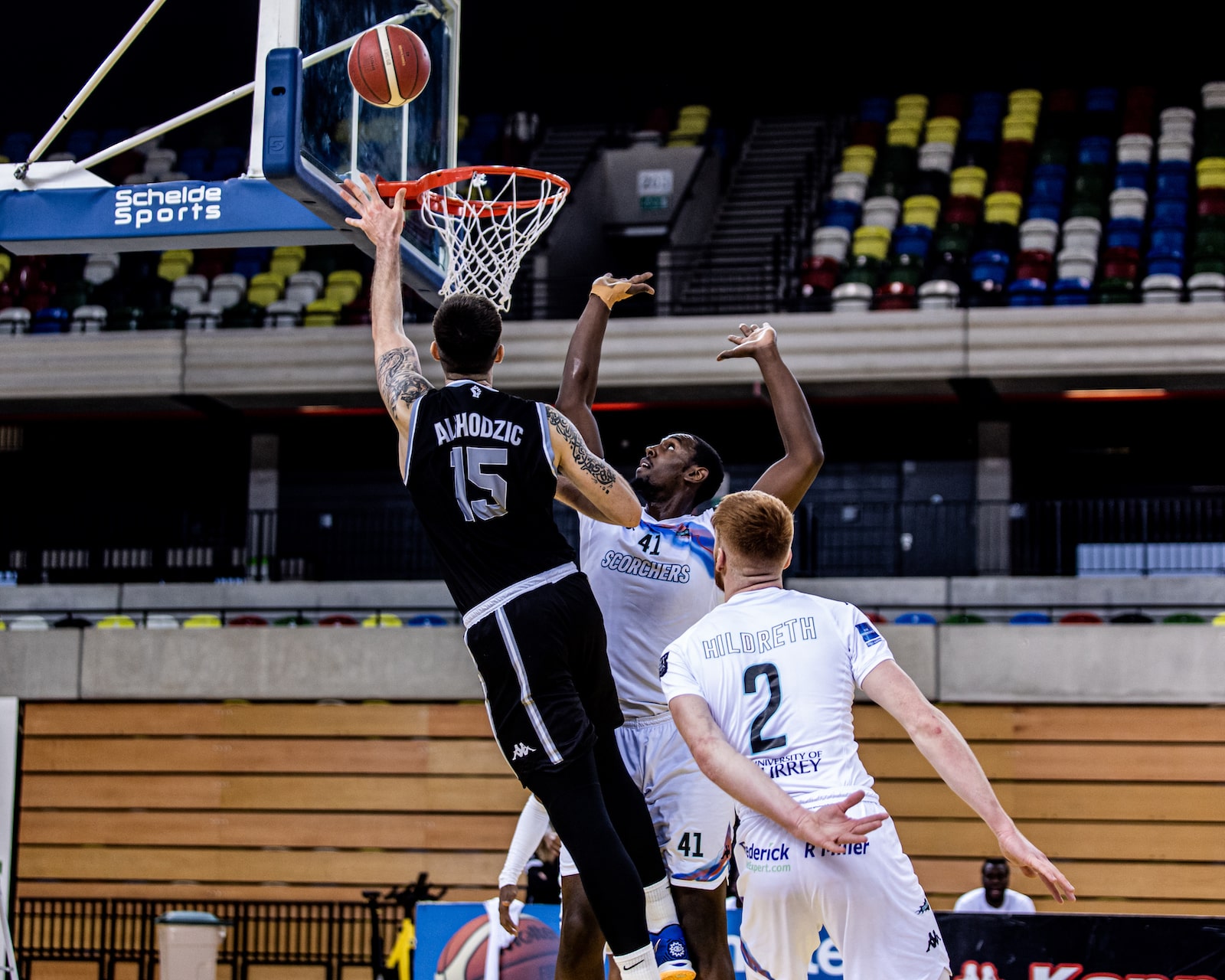 London Lions men’s coach Vince Macaulay is hoping that his side can take another step towards BBL Cup qualification when they host Surrey Scorchers, on Friday evening, 7.30pm.

“We look at this as a huge opportunity to get a fourth victory in the competition, solidify our place at the top of the table and move forward” he said.

“They’ve added two Americans since we played them before and with Andrew Lawrence back fit again it will be a tough contest on Friday.”

The two clubs met on the opening weekend of the Cup season and Covid-19 protocols meant that Lions were forced to send their Division One side to Surrey where they pulled off a stunning 86-85 victory.

James Vear's young side trailed by as many as 12 in the third period and were still down by nine heading into the final quarter. But after Martelle McLemore had given Scorchers a one point lead with seven seconds on the clock, Zamoku Welche was fouled by Dean Wanliss and the University of East London student calmly sunk both free throws to seal a famous win.

Scorchers have split their other two Cup games, losing 96-80 at Leicester Riders before beating BBL newcomers Plymouth City Patriots 65-57. Tayo Ogedengbe leads them in scoring with 19.7 points, adding 4.3 rebounds while McLemore’s 17.7 points means he’s the only other Scorcher scoring in double-digits, adding 5.3 boards and 2.7 assists.

Lions had a clean sweep in the three-game BBL Championship between the teams last season, with there only visit to Surrey Sports Park finishing with a thrilling 98-97 victory.