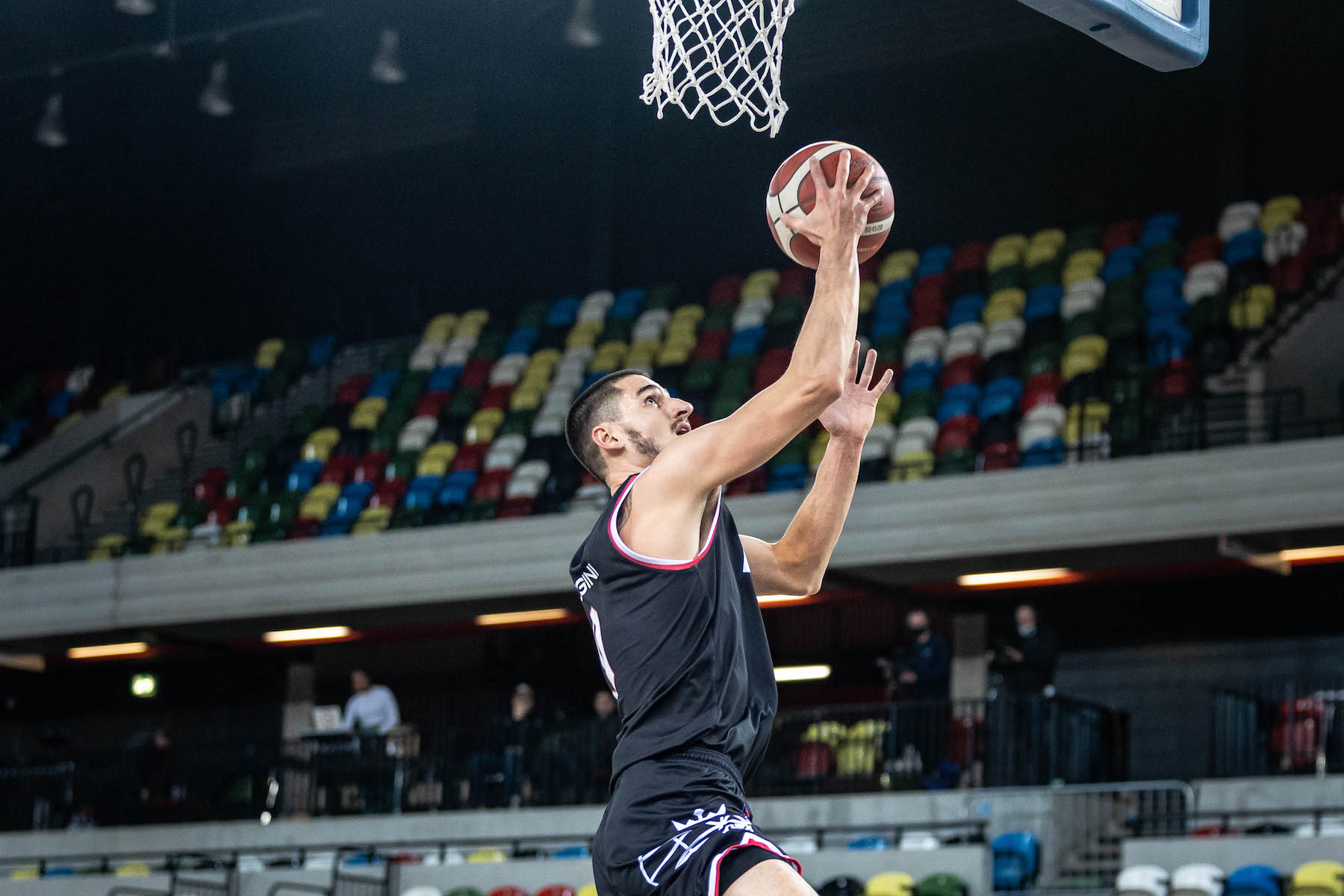 London Lions face one of their biggest tests of the season when they travel to Leicester Riders for the second leg of the BBL Cup semi-final, on Thursday.

Vince Macaulay’s side will look to overcome a 99-96 deficit from the first leg of the tie, but they showed their fighting spirit in that game as they fought back from a 23 point deficit with two third period minutes remaining. They will now need to win by four points to progress to the final where Manchester Giants await  the winner of the tie after their 184-181 aggregate victory Glasgow Rocks. The final is scheduled for January 30 at at Utilita Arena Birmingham, where Lions’ women will also be in action in the  WBBL Cup final.

After a series of Covid-related postponements, Lions returned to practice on Monday and coach Macaulay expects to take a full-strength team to the midlands.

Macaulay is looking forward to Thursday’s game: “We know what we have to do and hopefully we can turn it around” he said. “We put ourselves in a position to win the tie when we held them to 11 points in the fourth [period] at the home game. I can remember holding Leicester to six points in a quarter when we were in Milton Keynes, but not many teams have been able to keep them that low for a while.

“We need to cut down on their transition, and repeat the great defence we had in the final 12 minutes of the first leg rather than the first 28.”

Macaulay has a good idea what to expect from the Riders: “Geno drives had while the big guys – [Darien] Nelson-Henry and Mo Walker – are playing well.”

The sides also met twice at Riders’ Morningside Arena in the group stage of the competition with Riders winning the first game 93-76 before Lions gained revenge with a 97-83 success to top the south group. The two teams also split the six games between them last season, with four of them being decided by five points or less.

Riders continued their good start to the season with a 106-60 home win against Plymouth City Patriots on Monday to stay top of the BBL Championship table with a perfect 7-0 record. Greg Crandall leads their scoring with an average of 17.1 points per Championship game, having averaged 16.6ppg in the Cup. Crandall also averages 4.4 rebounds and 7.3 assists across the two competitions. After averaging 3.3 boards per game in the Cup, Jubril Adekoya has doubled his production to 6.6 in Championship games while Matt Loving averages 15 points and 5.2 boards in all competitions.