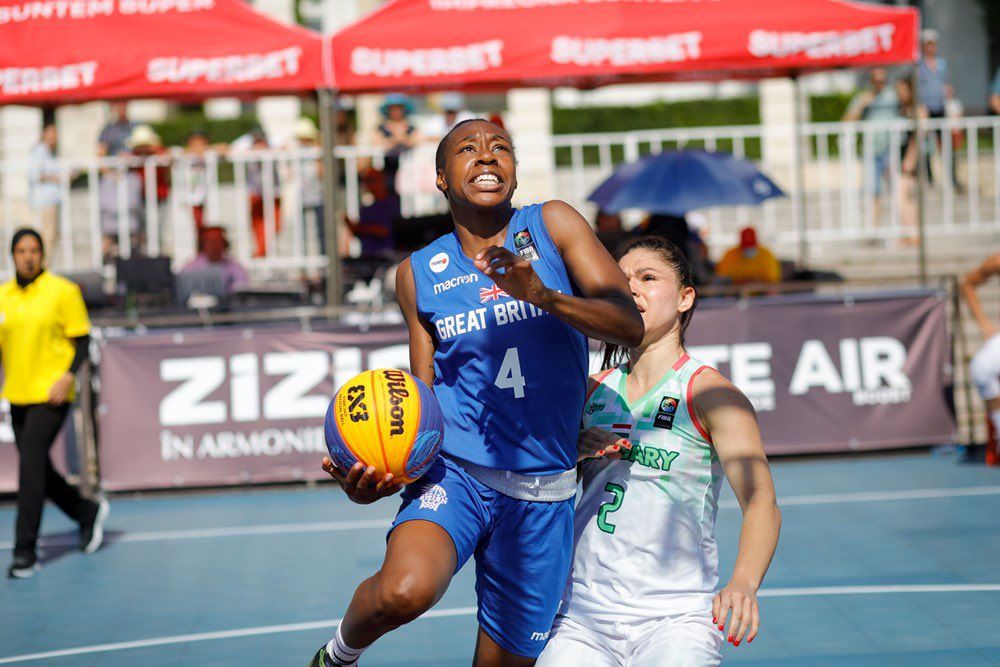 After playing for GB at the FIBA 3x3 Europe Cup finals in Paris, Lions' Shanice Beckford-Norton is hoping to represent England at next summer's Commonwealth Games.

GB had two narrow losses in the competition, but the Londoner believes they learned a lot from their trip to Paris.

"It was a really good competition and I think we played well" she said. "Cheridene Green came in late in place of Chantelle Handy and we did a great job considering we hadn't had the chance to play together. It's not the same as normal basketball, and it would have been good to have some warm-up games. Covid meant that it was a struggle to even get us in the same place at the same time.

"We were still working things out in the first game and it was a shame that the group stage wasn't a bit bigger as we were getting better as the games progressed. But it was definitely worthwhile and really well organised by everyone in Paris. They did a great job of keeping us safe."

GB went down 15-12 to Russia in their opening game with the Olympic silver medallists pulling away in the final seconds. They were then edged 20-18 by Ukraine to miss out on the opportunity of getting out of the group stage.

Beckford-Norton is now looking forward to next summer: "Hopefully I'll be in the Commonwealth Games team next summer. We spoke to [GB coach] Steph Collins and discussed what we need to do next year. Hopefully things will be back to normal and we'll be able to practice and get some tournaments in at the end of the WBBL season."

With the 3x3 season now over, Beckford-Norton is now preparing for the Lions' Euro Cup game against Spa Gran Canaria on Thursday Septemeber 23rd: "We're really excited about playing in Europe, we hope London turn out at [Crystal] Palace to support us. It's an exciting time to be part of Lions, we finished last season well, and we now have a full roster and have the chance to do something big this season."