Shanice: “We have to leave everything on the floor” 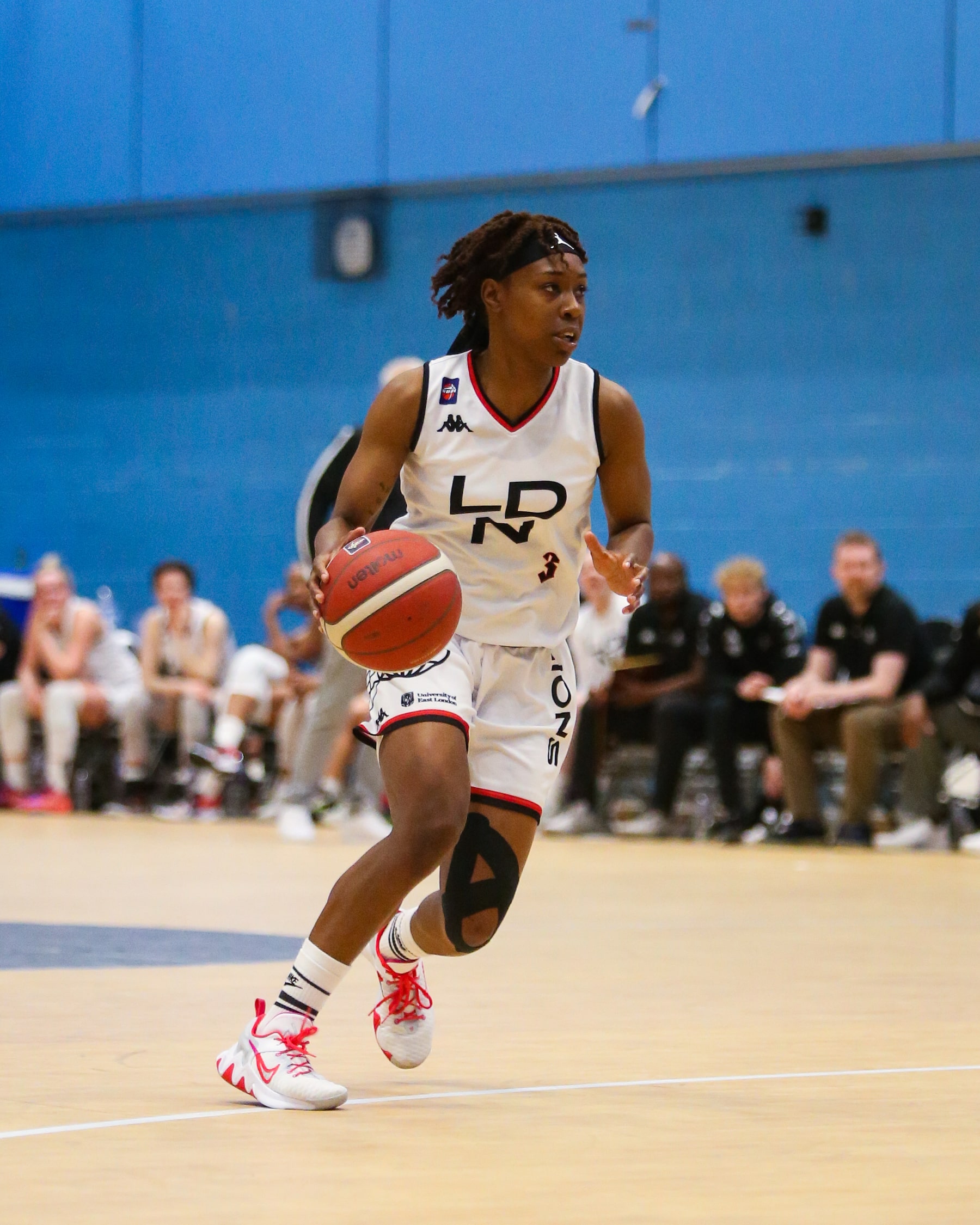 Shanice Beckford-Norton wants her London Lions team to make the capital’s basketball fans proud as they look for an unprecedented perfect season.

“It’s bigger than just winning the Play-offs” she said. “We’re showing everyone what a great product we have at Lions. We’ve got a group of home-grown players and a couple of imports, but we’ve shown what a great mix you can have when put home flavour with a bit of spice from America.”

Beckford-Norton is expecting a lot of support for her side at the O2:

“I’ve spoken to a lot of people who are looking for tickets, it’s a local derby against Sevenoaks, and there’s a real rivalry, but I’m sure we’ll have a lot of support. It’s great to be at the O2, we’re expecting a lot of friends and family to be there. We’ve played a lot of teams with nothing to lose this season, but we do have everything to lose because we want to make history. We can’t worry about that, we just have to leave everything on the floor.”

Lions have won all four games against Suns this season, knocking them out of both the WBBL Cup and Trophy as well as inflicting two of the three league defeats on the Kent side, so the Lions captain knows what to expect from them:

“Cat Carr is their main threat, she can score in many different ways. It’s not her main thing but she can pull up from outside. We mustn’t let her be a facilitator inside the paint by passing the ball out to Renee Busch and Janice Monakana. We have to stop her penetration.

“But we pride ourselves playing as a unit defensively. And on offence, as [coach] Mark [Clark] says it’s ‘we before me’. It’s been our big thing, when we move the ball well and don’t let it stick, we play well and get easy scores.”

The Lions’ captain was pleased with Sunday’s 104-59 victory against Caledonia Pride which set them up for this week’s title game:

“We knew what to expect and we said before the game how their guards play at a pace and push the ball. A few times they got deep and that was when they played well. But when we stuck to the scouting play, we took control and won the game. I like the way they play, they never give up and we said at a timeout we didn’t realise how far ahead we were as they play with so much intensity and heart.

"Now we need to complete the job on Sunday."