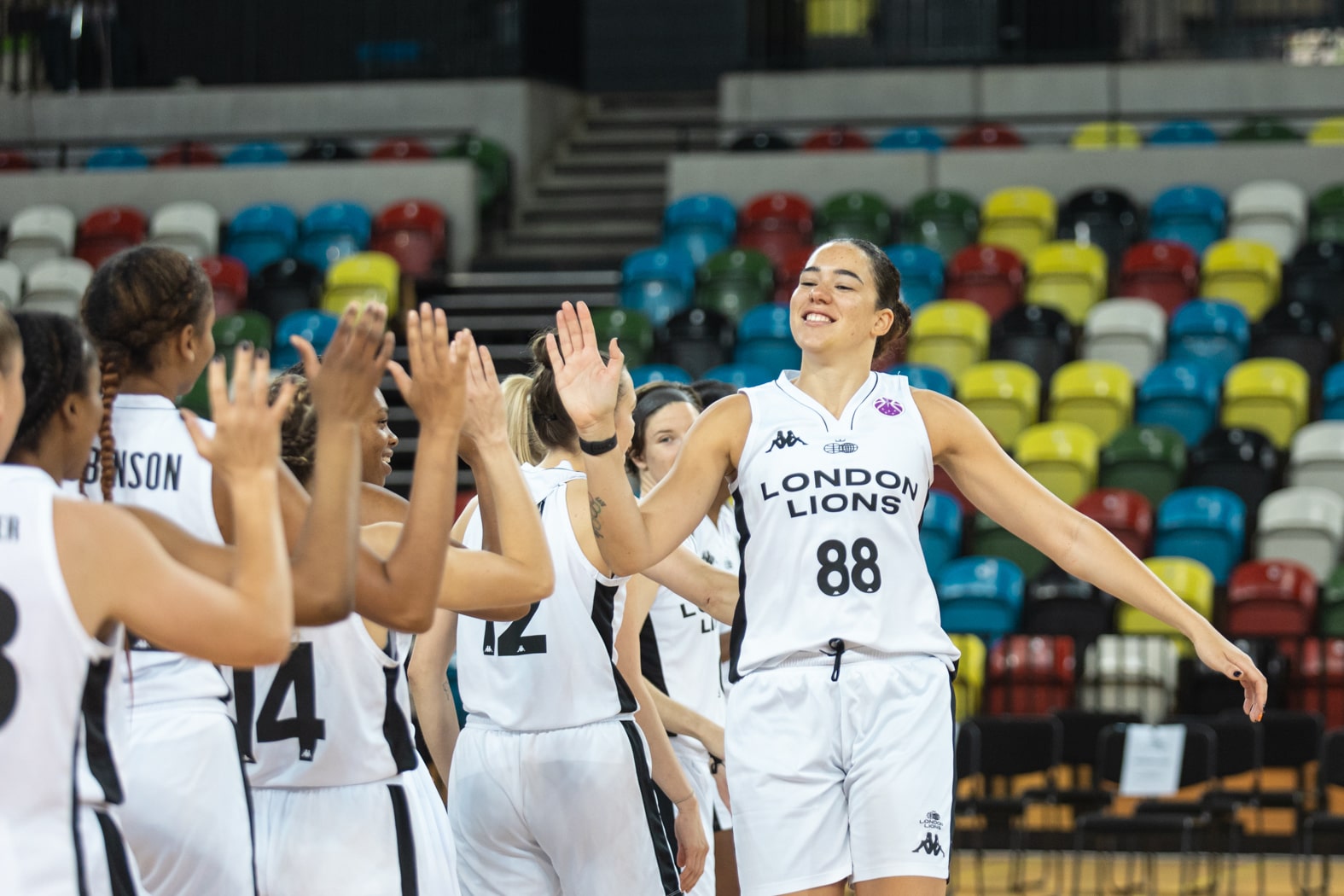 London Lions women’s centre Azania Stewart couldn’t hide her joy after her side defeated Castors Braine 69-63 in the EuroCup, on Wednesday.

A strong fourth period paved the way for Lions’ second win of the competition, much to the veteran big’s delight: “I’m really happy that we’ve learned from previous games and got the win” she said.

“We put an emphasis on starting well, and going hard from the beginning. We were resilient and we’ve bounced back from last week’s disappointment. We knew that it was going to be a tough group, with games going to three or four point margins but we’ve dug deep tonight. Even when our offence wasn’t working, we got the defensive stops we needed.

“We’ve been challenged  in the BBL. But it’s a big jump to EruoCup and it’s a matter of being intense from the first minute. With the exception of mem Jo [Leedham] and Kennedy [Leonard] we’re a young group, so there’s a lot of learning lessons on the fly.

“I don’t know what the turning point was, but I felt like we ‘had it’ in the fourth period, our defence was so important, but so was getting excited about playing and winning at home.”

Braine coach Frederic Dusart had praise for Lions: “Congratulation to London, they deserved the win, especially as we made too many mistakes defensively. We’ve won two games by tight margins, but I felt we weren’t in the right fighting spirit today.”