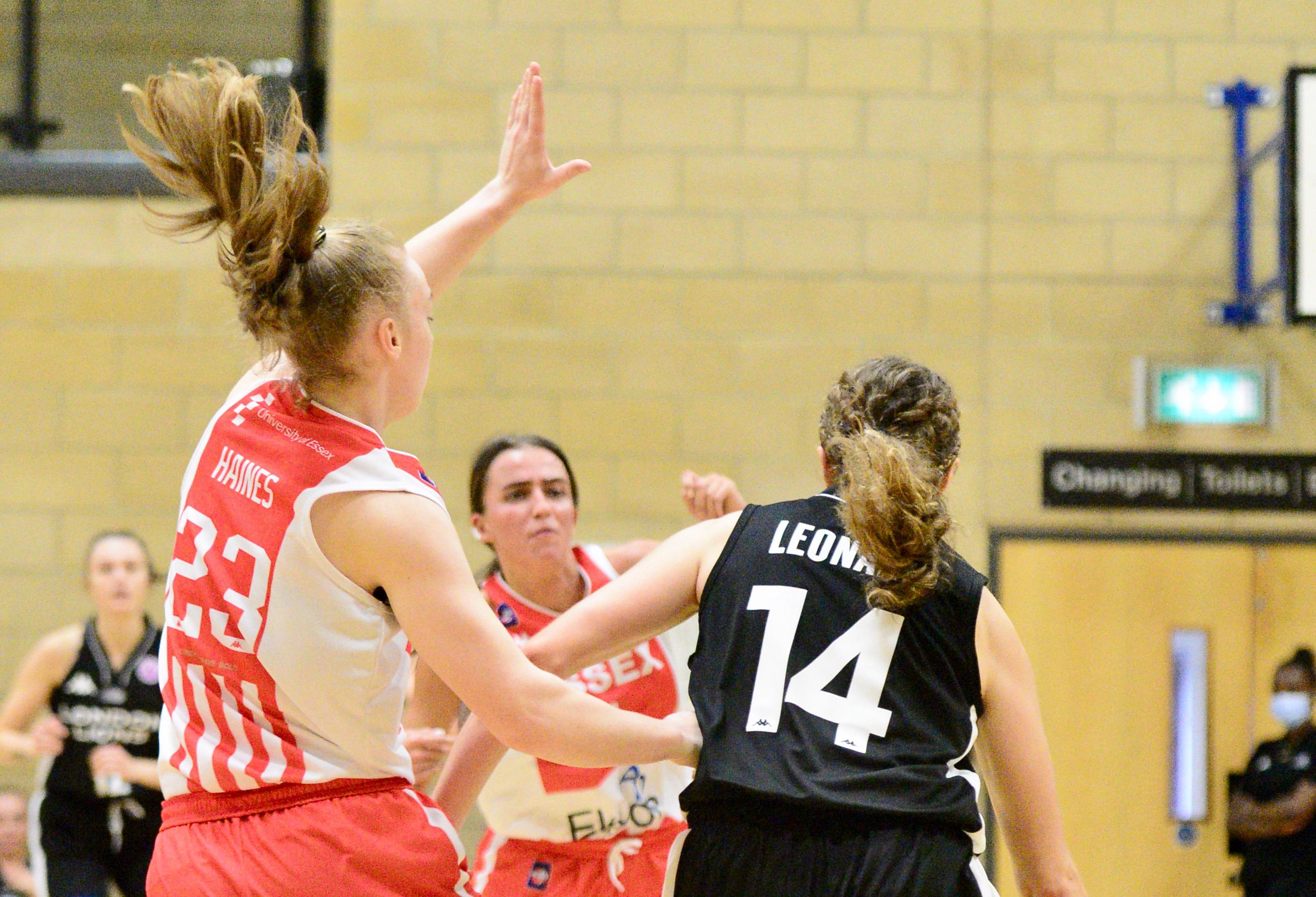 Successful weekend for the Women's team

A pair of contrasting victories over the weekend put London Lions women in the semi-finals of the WBBL Cup.

Essex Rebels were hammered 83-52 at Barking Abbey on Saturday before Mark Clark's side won a thriller 81-76 against Sevenoaks Suns the following day to set up a semi-final against Sheffield Hatters.

With Cassie Breen leading the way, Lions were in dominant form in Saturday's game against Rebels as they chalked up a second straight 30+ point victory. Kennedy Leonard added 16 points and Stephanie Umeh finished with 13. Paxton top scored for the visitors with 15.

Lions started well against Suns, going into the first break 24-18 up but trailed 42-33 going into the locker rom, and that lead grew to 62-51 heading into the final quarter. A manic end to the game saw Chantelle Charles hit seven points and Breen six in the final minute to snatch a win from the jaws of defeat. Breen hit two big three points and Charles came up with a couple of steals as well as remaining cool at the foul line to ensure Lions' place in the knockout stage.

Leonard led the way for the Lions with 21 points, while Breen and Holly Winterburn each finished with 17 points and Stewart add 12 points and a massive 15 rebounds. Cat Carr led the Suns with 16 points, eight rebounds and four assists.

Coach Mark Clark was a happy man after a hectic spell of games: "Against Sevenoaks, we didn't have Shanice [Beckford-Norton] as well as our other injuries, so to beat one of the top sides was extremely pleasing. To get three wins in four days is a testament to how hard the players worked.

"We played really well on Saturday, we just kept on going from Thursday, doing it all over again on Sunday was the tough part. Three games in four days is extremely difficult.

"We moved and shot the ball well against Essex, they're a good team who are going to cause a few upsets this season."