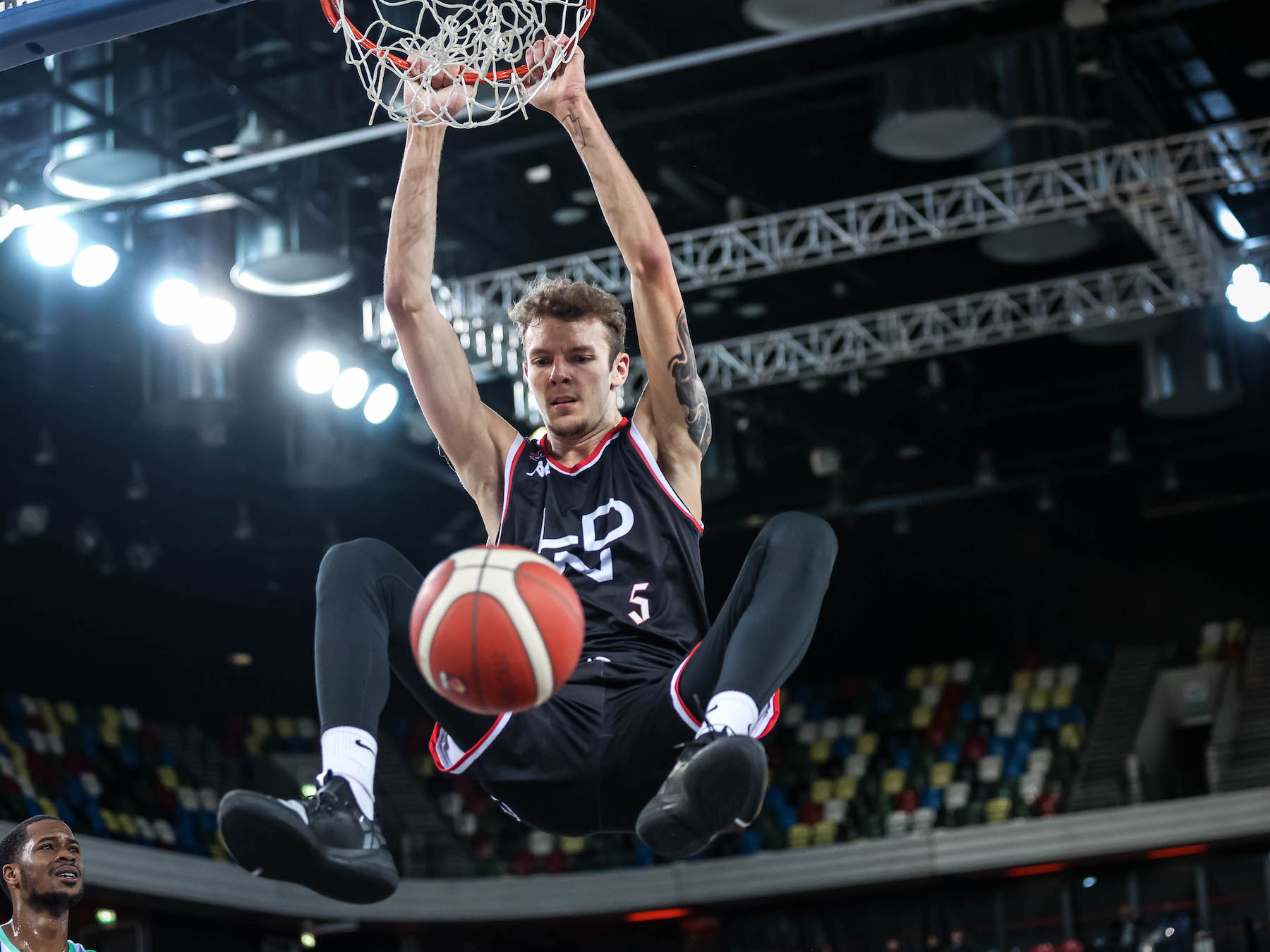 Vince Macaulay is hoping that his London Lions team can get back into rhythm as they head to Surrey Scorchers for the New Year’s Day game.

With both teams seeing this weekend’s home games against Bristol Flyers postponed, Lions agreed to travel to Surrey Sports Park on Saturday afternoon, and Macaulay is looking to get back into sync before a pair of European games in early January:

“Earlier in the season we were playing better with a good run of games, BBL at the weekend then Europe Cup midweek, but we’ve been completely disrupted and we need to find a way to get back into rhythm” he said.

“2pm on New Year’s Day isn’t ideal, but we need to get games played.”

With Lions having already beaten Surrey three times this season, Macaulay knows what to expect from the Scorchers:

“They’re still looking for their best form” he said. “They have a lot of experienced played in Martelle McLemore, Tayo Ogedengbe and Dean Wanliss. Their point guard should be back now and Saiquan Jamison brings them some scoring as well as dominating the boards.

“Like ourselves they’re looking to get into some form after recent disruptions but right now we’re just looking to get back playing regularly. We’ll assess Jordan Williams and Chris Tawaih before the game, people said we had too many players last season but it’s been tough going recently.”

Scorchers go into the game as one of two sides currently without a BBL Championship victory, sitting ninth in the table with an 0-5 record. Ogedengbe leads the Scorchers’ scoring with 15.3 points per Championship game adding four rebounds, three assists and 1.2 steals Jamison pulls down an average of 17.4.boards, which includes an 21-rebound night against Leicester..

The BBL Cup games between Lions saw contrasting wins for London. Covid-19 protocols meant that Lions were forced to send their Division One side to Surrey where they pulled off a stunning 86-85 victory.

James Vear's young side trailed by as many as 12 in the third period and were still down by nine heading into the final quarter. But after McLemore had given Scorchers a one point lead with seven seconds on the clock, Zamoku Welche was fouled by Wanliss and the University of East London student calmly sunk both free throws to seal a famous win.

The meeting between the clubs at the Copper Box saw a dominant first half performance pave the way for Lions to win 88-73. Dirk Williams hit four of his eight three-point attempts on his way to a team-high 20 points, adding seven rebounds and three assists. Isaiah Reese dished out an impressive 14 assists to go with his 16 points, while Julian Washburn had 15 points and six boards.

Lions returned to Surrey in late November and returned with a 85-72 BBL Championship victory as they outscored the home side in all four periods Isaiah Reese had another stella performance for Macaulay’s team with 24 points, seven  rebounds and six assists while Jordan Williams had a 21 point, ten rebound double-double, adding six assists, three steals and a couple of blocks.