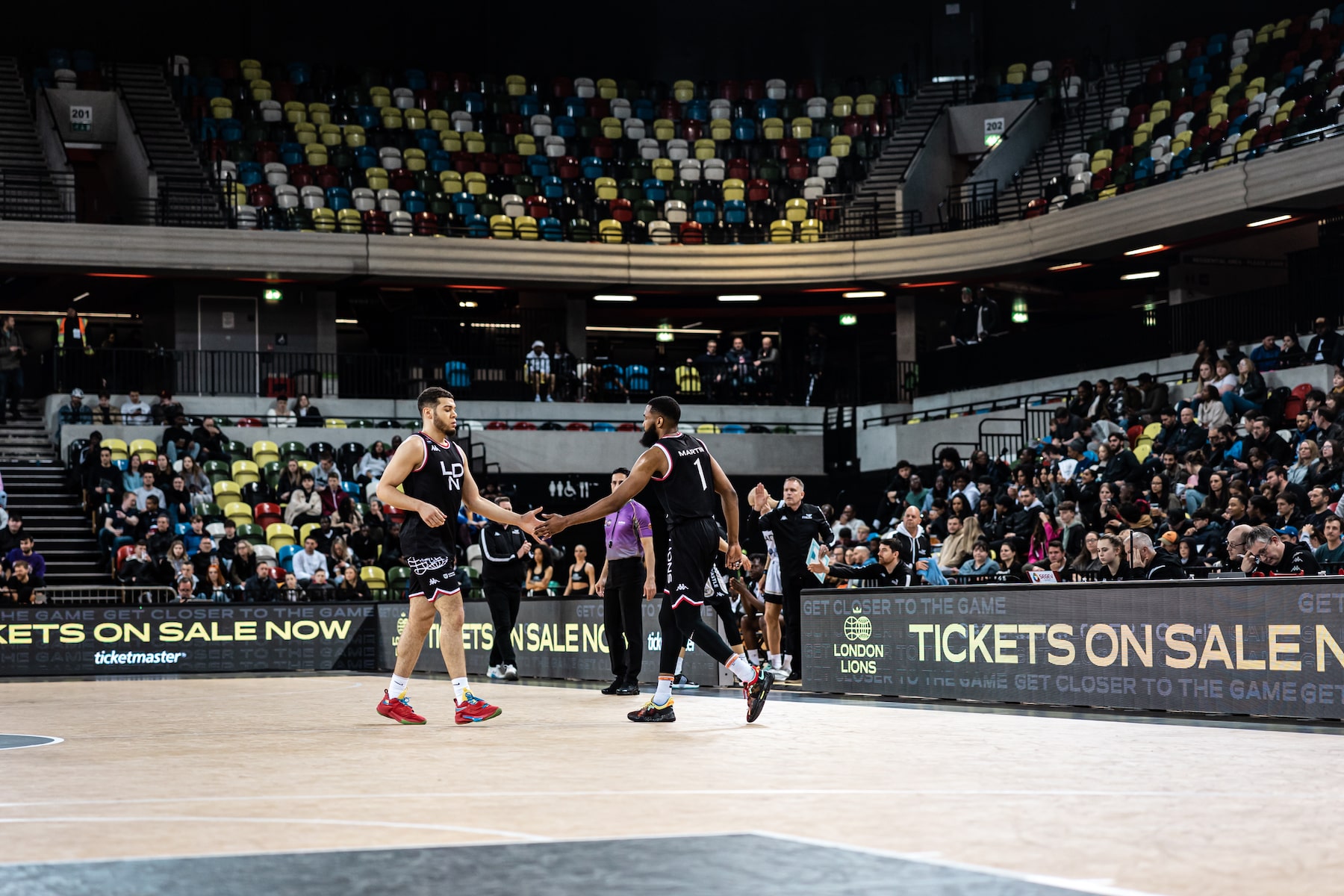 The big games keep coming for London Lions, and they host B.Braun Sheffield Sharks at the Copper Box on Sunday afternoon, tip-off 4pm.

The game sees the two of the top three in the BBL Championship table in action. Both teams picked up their 12th league victory of the campaign on Friday, with Lions sitting one place ahead of third placed Sharks having played one game less.

The game is part of a double-header, with Lions women facing Cardiff Archers at 12.30pm, and tickets can be booked here.

It’s Lions’ fifth game in ten days and interim coach Nikhil Lawry admits that the schedule is tough going for his new side: “It’s like being in the NBA but without the depth they have” he said. “We’re hoping Josh Ward-Hibbert will be back soon, and a reinforcement will help.

“We’ve tried to smart in practice. Until recently we’ve been running a 7/8 man rotation due to injuries and getting bodies to practice has been hard going. We’ve had NBA-style small group workouts and done a lot of video work. We’re making that mentally we’re ready for every game even if our actual practice time is limited.”

It will be the third time that the two sides have met at the Copper Box this season, with the teams having split the games. A season-high 28 points from Lorenzo Cugini helped Lions chalk up a 100-68 victory in the BBL Cup quarter-final but Sharks gained revenge a month ago when they took the BBL Championship points with an 83-76 victory. Lions will need to win on Friday to keep alive their hopes taking the head-to-head decider between the team which comes into play if they finish level at the end of the season.

After a brief appearance for Bristol Flyers, Antwain Johnson has led Sharks with 18.4 points per game since joining two months ago,