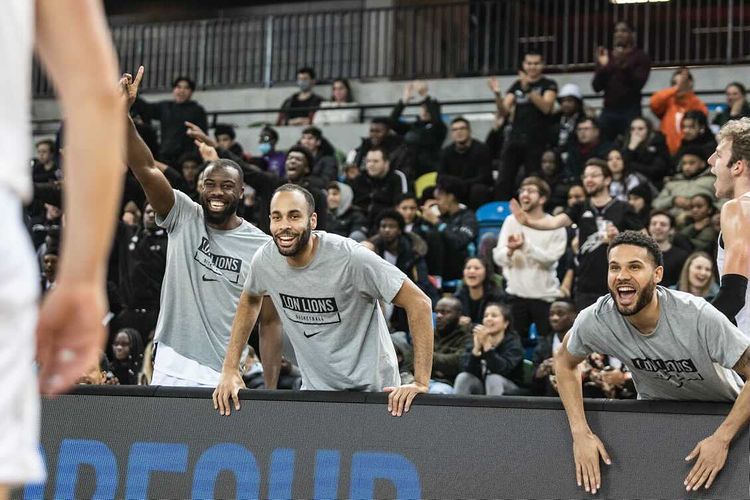 Teague & Williams Power Lions to Next Round with Comeback Victory

It was a tale of two halves for the London Lions as the undefeated Group A winners punched their ticket to the next round of the FIBA Europe Cup with an 85-67 win over Donar Groningen. With the Copper Box rocking, it seemed like the game was going to be a similar showing to the last matchup between the teams after a deep Isaiah Reese three opened the scoring for the home team. However, the visitors played hard early, using their size to make the Lions work for every basket.

“We felt like this team was going to come out very hard having lost already to us on the road. They knew if they lost today, they were out of the competition, and that s what they did in the first half, Lions head coach Vince Macaulay said.

Donar established themselves on the boards early, taking advantage of mismatches down low. Trying to help on the rebounding side of things, the Lions guards then struggled to get out in transition, and the offense as a result. Macaulay recognized the Lions deficiency on the offensive glass, noting the opposition snatched up 13offensive rebounds in the first half that led to 11 second-chance points.

“It was definitely their strength in the first half. We re a running team, we like to play hard defense and runbut you can t run if you don t have the ball. They kept recycling the ball in the first half and that s what kept them in it, Macaulay said.

While Isaiah Reese carried the Lions offense on his back in the first 20 minutes, notching 14 first-half points, the star point guard set the tone for his squad on the defensive end pumping the energy back into the Copper Box. After being down by 11, the Lions put together a 6-0 run over the last three minutes of the first half as an unpleasant reminder to the visitors they were in for a battle. A Marquis Teague block in the waning minutes of the half ensured the home team went into the break with all the momentum despite trailing by five.

From there, it was only a matter of time before the Lions took control of the game. Dirk Williams started scoring at will and dishing out dimes to his big men down low. After getting things going on offense, Williams made an impressive block before slicing through Donar s transition defense and finding Julian Washburn all alone in front of the hoop, giving the Lions their first lead of the game since being up 3-2at the beginning of the match.

“We did a good job in the first half containing their scorers and keeping the score low, holding them under 32, Donar head coach Matthew Otten said, “But they got comfortable in the second half and shot the ball extremely well.

comfortable 10-point lead at the start of the fourth, and they never looked back. The lead hovered around double-digits for much of the fourth until Teague found Washburn for a dagger three-pointer, extending the margin to 15 with just under four minutes to play.Teague then put the finishing touches on the victory with two assists and back-to-back threes over the next five possessions, ending any chance of a Donar resurgence.

With the win, the Lions advance to the next round of the FIBA Europe Cup after a road trip to finish group play. Macaulay s squad will try to keep the momentum going into Friday as they return to BBL action to face Cheshire Phoenix at home. Tickets for the Friday night showdown can be purchased here.

When asked about the future of his team in the tournament, Macaulay declined to set expectations but instead wants to take things one step at a time.

“If you ask my players, they expect to win every game. There s no reason for me to set a target because if we win every game, then the target is the target, Macaulay said, “Yes we won on the road at Donar but now we re going to Kapfenberg and to Germany who are very upset at the loss last week.