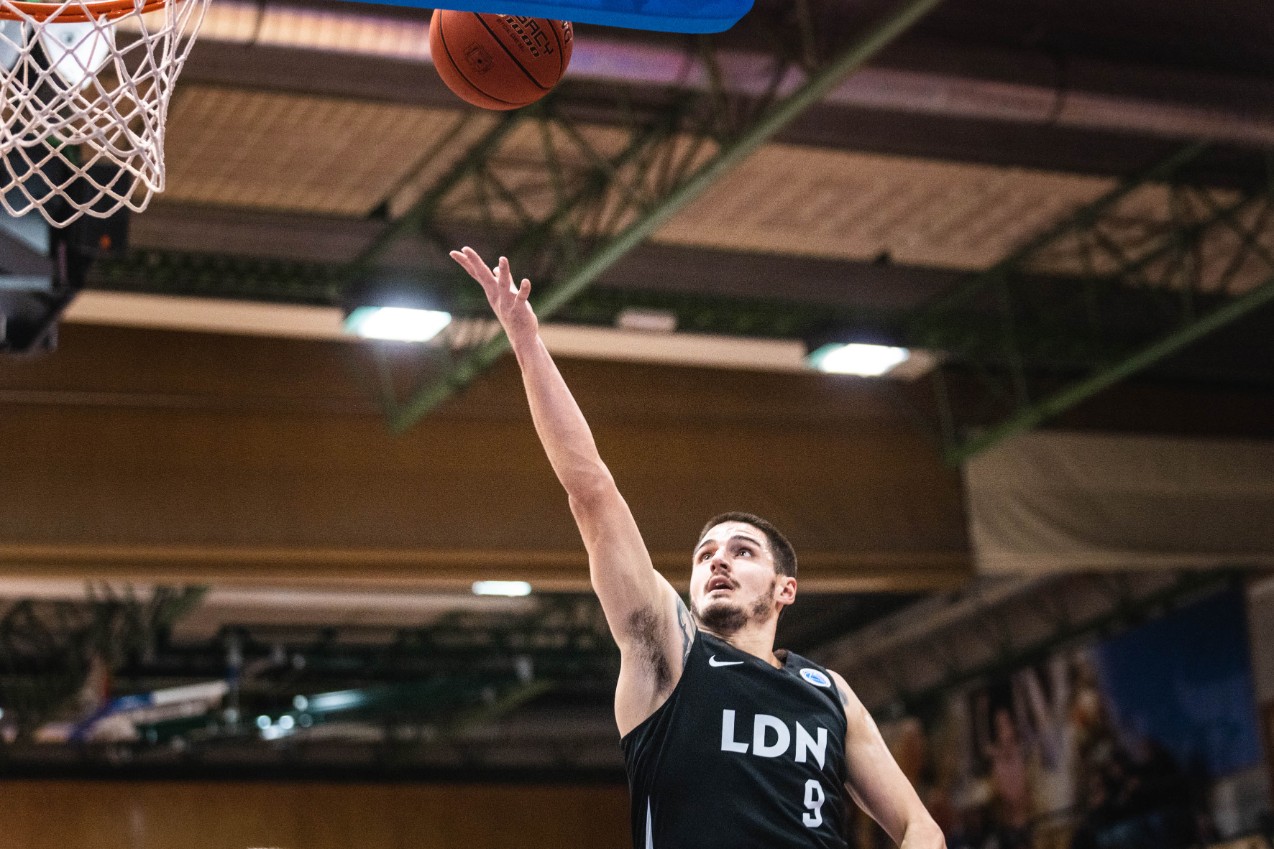 London Lions’ two NBL Division One both face tough games on Saturday as they continue their league programmes.

The women how Anglia Ruskin University at Barking Abbey while the men travel to Uxbridge College to face Thames Valley Cavaliers.

Anglia sit seventh in the Women’s Division One table with a 3&2 record but hammered Lions 76-50 in Cambridge when they met in the National Cup three weeks ago. After sitting out the 2020/21 season due to Covid-19 and having missed out on the chance to win the title in 2020 when their final game against champions Ipswich was cancelled, they’ve made a mixed start on their return. They are led by Katrin Holmes who averages a 16.8 point, 14.3 rebound double-double, adding a team-high 4,8 assists and 3.5 steals/

London badly need a victory as they go into the game with a 1&7 record and are 11th in the table.

Meanwhile men’s coach James Vear expects a tough game for his side in Uxbridge:

“Thames Valley are one of the most physically dominating sides in the league” he said. “They’re hard to play against and they showed how good they are when they won at Solent. We need to do a better job of sticking to the game-plan that we did last week, because if we don’t it’ll be a long 40 minutes.”

Cavaliers seem to have survived losing American guard Taylor Johnson to league rivals Hemel Storm, and are third in the league with a 6-2 record and recently became the first side in three years to win at Solent.

The Cavs are led by Jakobi Bonner’s 20.4 points, while rebound machine Hakeem Syla is averaging 16.1 points and 10.3 boards. AJ Roberts leads them with 3.7 assists, adding 8.6 points and 5.4 rebounds.

Vear’s team are also in action on Sunday evening when they travel to Hemel Storm for a National Cup quarter-final where they will look to avenge last week’s 106-88 home loss against the Herts side in Division One.

Lions will need to do a better job on American pair Greg Poleon and Taylor Johnson who combined for 75 points. Poleon had a 38 point, 13 rebound double-double in just 27 minutes while Johnson had eight assists and seven rebounds to go with his 37 points.

It is the furthest Lions have gone in the competition since reaching the semi-finals in 2016/17 while playing under the Kent Crusaders name.