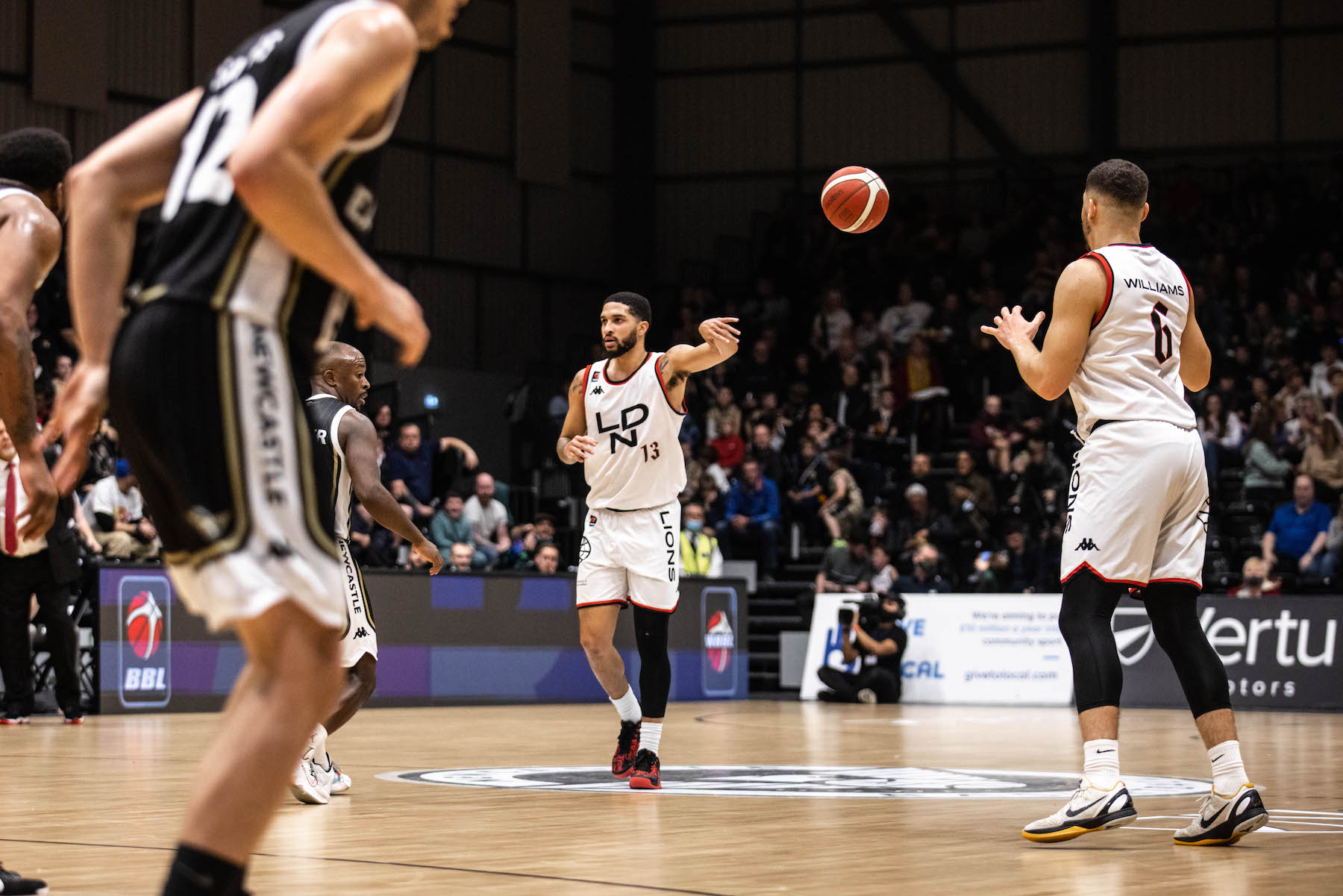 Acting coach James Vear is looking for his London Lions team to move up the BBL table as they host Newcastle Eagles at the Copper Box on Sunday afternoon, 4pm.

"We've only played five games and we're behind the other teams in that respect, so we're excited about returning to league action, and both the players and coaching staff are looking forward to the game" he said.

"It's been a good week of practice. The players have been competitive and receptive, so I'm looking forward to seeing how the changes we've made work out. I'm excited and I hope it's going to be fun."

Vear coached Lions' BBL Cup victory at Surrey Scorchers early in the season when Covid-19 protocols meant Lions fielded their Division One team, but as he makes his BBL Championship debut on Sunday, he will be without Jordan Williams and Josh Ward-Hibbert, as he explains:

"We're hoping Jordan may be back in ten days or so, but Josh has a long-term injury and clearly it's going to take time."

While Lions sit in the eighth and final play-off spot with a three wins from five games, they are one of only four teams to boast a winning record and have as many as seven games in hand over the teams above them as their European campaign and Covid-19 issues mean they have played the fewest matches in the BBL.

it will be the second straight week that the sides have met as a big night from Will Neighbour helped Lions open their defence of the BBL Trophy with an 84-70 victory in the north east. Neighbour hit three triples in his season-high 16 point haul, adding seven rebounds to set up a trip to Manchester Giants in the quarter-finals.

By their own high standards, it's been a difficult season for an Eagles franchise that domanted the British game under player-coach Fabulous Flournoy before his departure to NBA side Toronto Raptors. Ian MecLeod's side finished bottom of the BBL Cup north group with only one win from seven games, and they are currently seventh in the BBL Championship table with a 4-6 record. But they shocked Lions when they handed them their first league loss of the season with a 96-84 victory at the Vertu Motors Arena

Corey Jackson leads an Eagles side who go into the game on a four game losing streak with 15.4 points per game, adding 4.7 rebounds and 3.3 assists. Duke Shelton tops MecLeod's team in rebounding, averaging a 10.5, 13.7 rebound double-double while former BBL MVP brings an impressive 9.7 assists to go with his 13.6 points. One player who will need little introduction to fans of the Lions is Brandon Peel who is averaging 9.4 points and 6.3 boards since joining early in the league season.