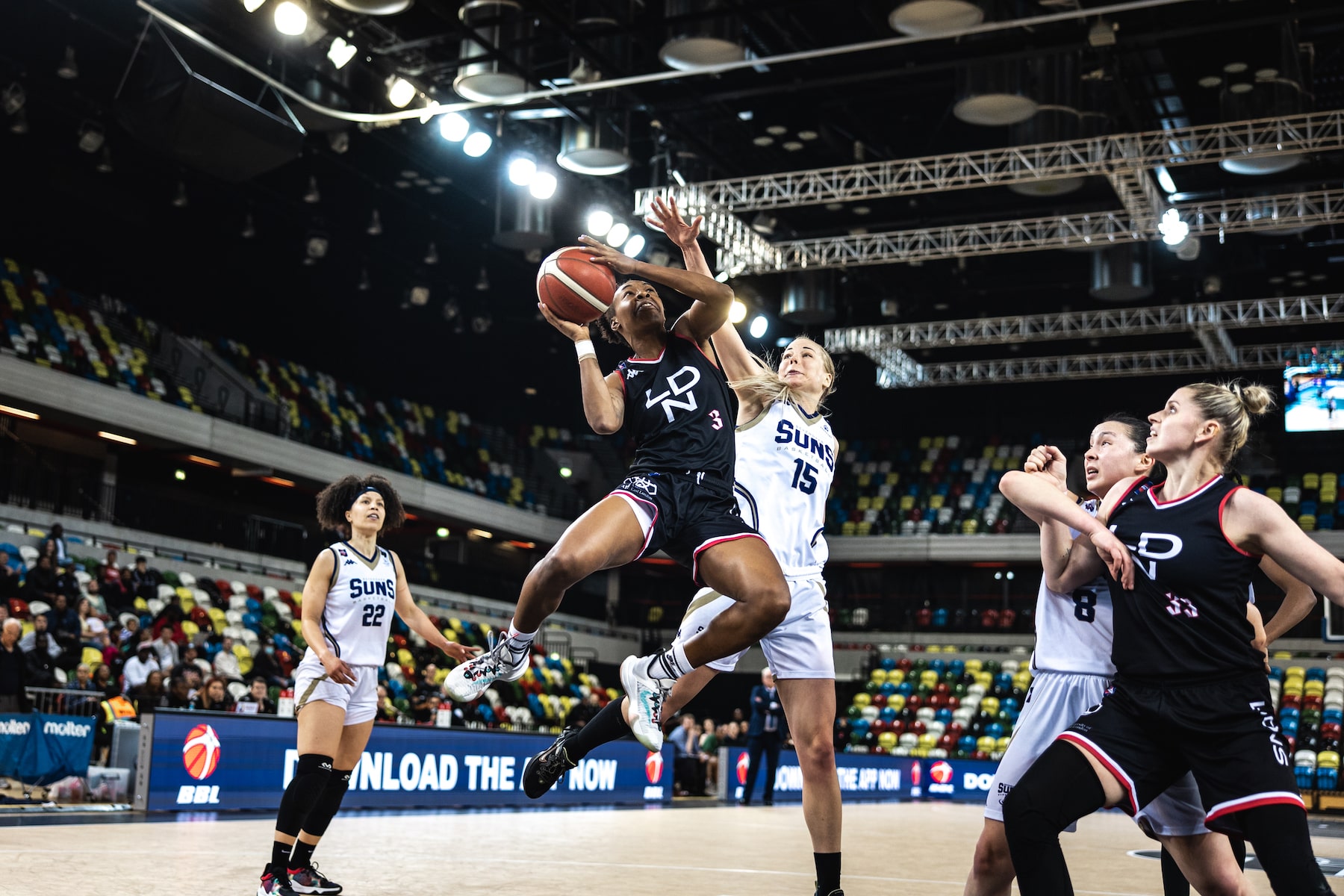 Lions will look to make history with the first perfect WBBL season when they face Sevenoaks Suns in the Play-off final at the O2 on Sunday but they will have to overcome a Sevenoaks Suns side who have been a dominant force in recent seasons.

After going 21-3 in the regular season, Suns have found the going tougher in the play-offs. Seventh placed Essex Rebels led for almost all of the first half in the quarter-final, going into the half-time interval before going into the locker room 35-28 ahead. Suns still trailed by five at the final break before the final five minutes saw them outscore the visitors 16-6 in the last five minutes to win 66-55.  Cat Carr led the way with a 27-point, 11-rebound, ten-assist triple-double.

The semi-final against fifth placed Nottingham Wildcats proved to be even tighter before Suns came out with a 66-64 victory. Suns looked comfortable at the first break with a 23-14 lead  But the visitors refused to lie down and it went to the final possession as a late flurry of points after forcing the Suns into turnovers and fouls brought Nottingham back to within two points with 20 seconds on the clock, but the visitors couldn’t find a shot to tie the game. Janice Monakana starred for the Suns on the day, matching her regular season high of 24 points while adding eight rebounds and seven steals

Suns are based in Kent but play their home games at Surrey Sports Park in Guildford, and have won the last three completed WBBL regular season titles. They were top of the table on the Covid-abandoned 2019/20, with the lockdown probably denying them a run of four straight titles. They completed an unbeaten league season in 2018/19 and went a combined 72-3 in league games during that four year period but their domination hasn't extended to the knockout competitions. Suns completed a hat-trick of Play-off final victories between 2017-19 but have won only one piece of silverware in each of the WBBL Cup and WBBL Trophy over the last five seasons.

Last season’s BBL MVP  Carr continues to lead the Suns with 16.4 points and seven assists during the regular season, adding 7.8  and 1.1 steals in 35.5 minutes. GB international Monankana brings 15.1 points and 4.5 rebounds, while Renee Busch’s 2.8 successful three-pointers per game on a league-leading 48.1% helps her average 12.4 points, adding 2.5 assists and 3.1 rebounds. Jamila Thompson missed a quarter of the regular season due to injury, but pulled down 8.5 rebounds per game to go with eight points and 4.5 assists, while Frankie Wurtz also active on the boards with 7.2 rebounds, adding 10.8 points and 3.5 assists.

Sunday’s game will see the two sides who dish out the most assists in the league matching up, with Lions leading the table with 27.2apg, exactly five ahead of the Suns.