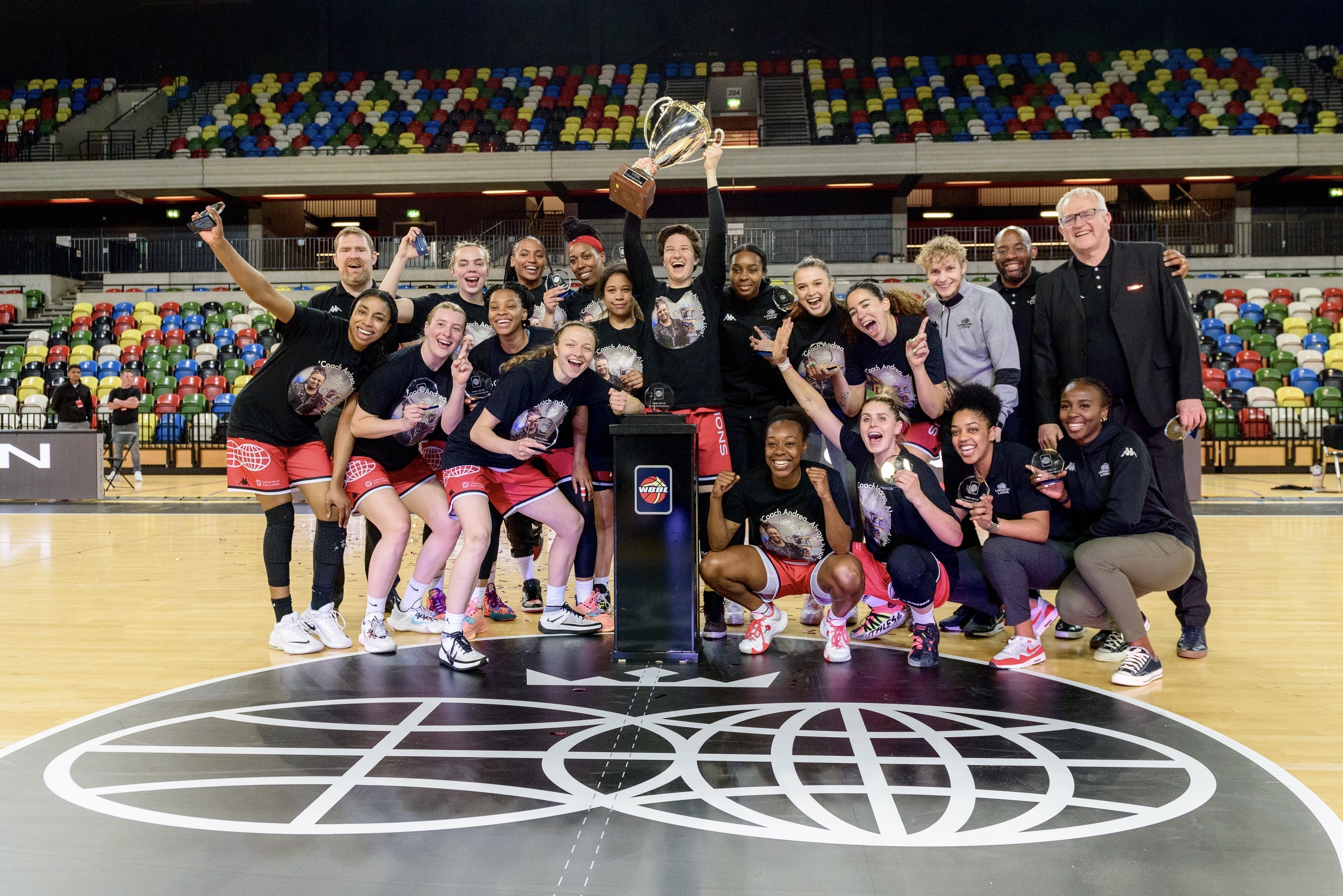 London Lions win WBBL regular season title with a 91-55 victory against Essex Rebels at the Copper Box on Friday afternoon.

Mark Clark’s side have won all 23 league games this season and will look to complete a perfect league season when they travel to runners-up SevenoaksSuns on Sunday.

Having won last season’s play-off and already been victorious in the BBLCup and Trophy, Lions are now holders of all four pieces of WBBL silverware –the first team in the competition’s history to achieve such a feat.

They will now attempt to become the first team to complete a clean sweep of WBBL honours when the play-offs begin next week, with their play-off quarter-final scheduled to take place at University of East London on SaturdayApril 30, tip-off TBC.

Fittingly it was two of Lions’ veterans who led the way in Friday’s victory. Azania Stewart posted a double-double in the first half on the way to a 16-point, 14 rebound night while Jo Leedham also posted double digit points in the opening 20 minutes, finishing with 15 points, eight boards, six assists and four blocks.