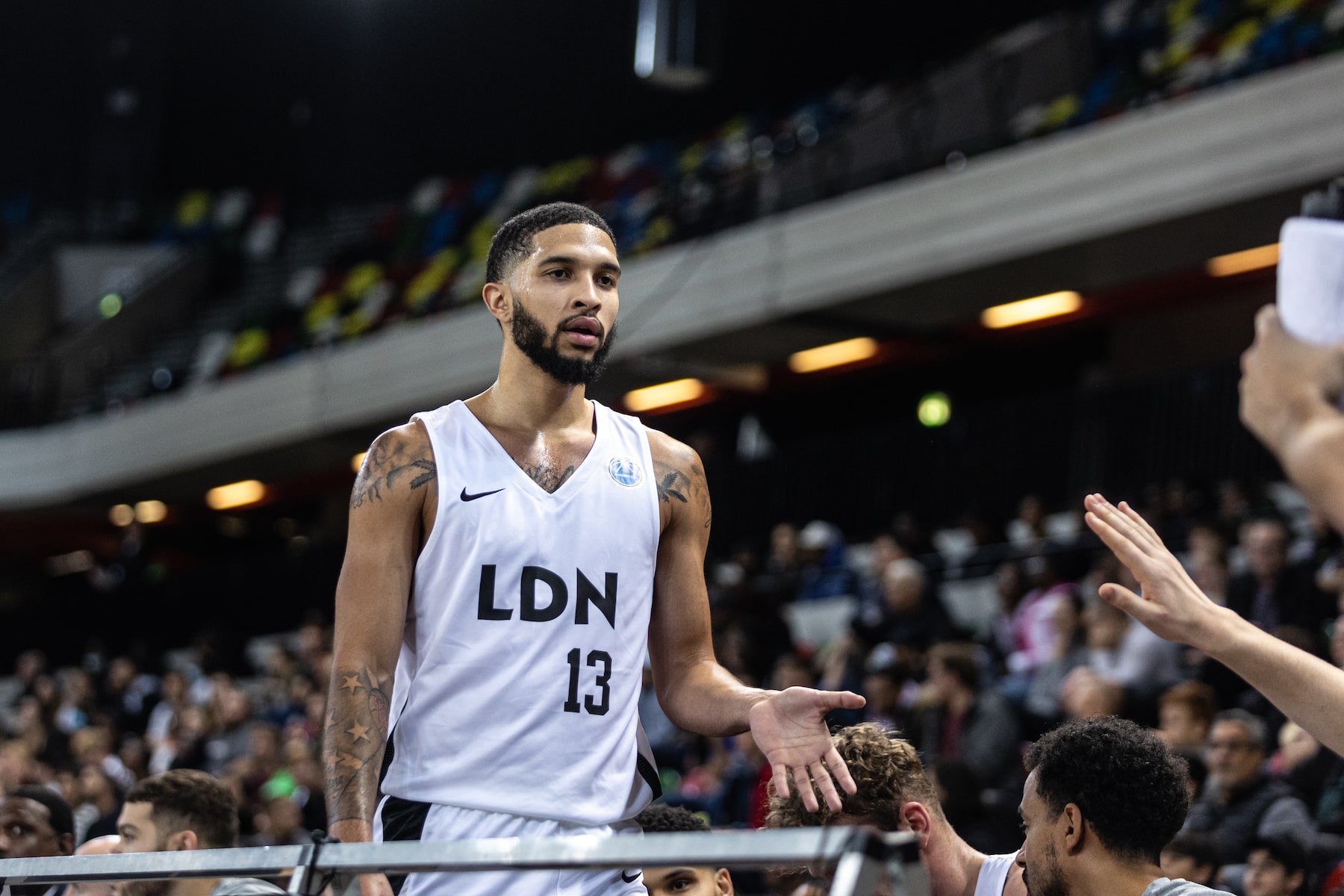 London Lions men completed a perfect night for the club as they made it three wins on the bounce with a 91-81 victory against Medi Bayreuth, on Wednesday.

Vince Macaulay’s side produced their best performance of what is providing to be a superb European campaign, surviving a third period onslaught from the Germans to take control of Group A of the competition.

Dirk Williams continued his imperious form with 19 points, a tally matched by Isaiah Reese who added four rebounds and as many assists. Aurimas Majauskas finished with 13 points. while Julian Washburn added 12 points and four assists, and Marquis Teague completed a balanced scoring attack with 11 points and four assists. Cameron Wells finished with a 21 point, ten rebound, ten assist triple-double for a Bayreuth side who started the competition as group favourites.

Washburn got Lions off the mark after the visitors had scored the first four points, and Kylor Kelley’s alley-oop off Reese’s assist put them10-6 up after four minutes. Reese hit a triple to cap a 13-2 run, but the Germans fought back to tie things before Teague broke their 7-0 run.

It was Lions who led 22-19 at the first break at Kelley got the crowd on their feet with another alley-oop as he hammered down Teague’s assist.

The second period proved to be key as Lions outscored Bayreuth 30-15 to take control of the game. Lorenzo Cugini hit a trey to open the quarter but it was still a two-point game after three minutes. It was a Washburn triple that started the 19-7 run to close out the period, with Dirk Williams driving to the basket to add to the lead before dunking to make it a 12-point game.

Reese added to the lead before Dirk Williams converted a pair at the foul line to send Lion into the locker room with a commanding 52-36 lead.

The third period proved to a battle of attrition as Bayreuth pounded the hosts in the paint, with London staying ahead thanks to some good outside shooting.

Washburn and Wells exchanged triples to open the half before Martynas Sajus made it a six point game at the five minute mark. Dirk Williams steadied the hosts’ nerves from downtown and Majauskas also scored from the Land of Plenty to keep the visitors at arm’s length.

Sacar Anim’s trey made it 67-60 with a trey after yet another offensive rebound – the visitors outrebounded Lions 42-32 – but Majauskas hit a floater off Jordan Williams’ assist and Chris Tawiah’s lay-up sent London into the final break leading 73-62.

Having weathered the storm, Lions never looked in serious danger in the fourth period with Reese opening the scoring with a triple off Teague’s assist and Washburn’s triple kept the margin at 14 with five minutes gone. With the score barely moving, the clock was Lions’ friend, and it was still a 14-point game with three minutes left following Teague’s lay-up before Dirk Williams ended it as a contest with a lay-up to make it 90-74 with a minute left to cap a great night at the Copper Box.