Key game in Sheffield for Lions 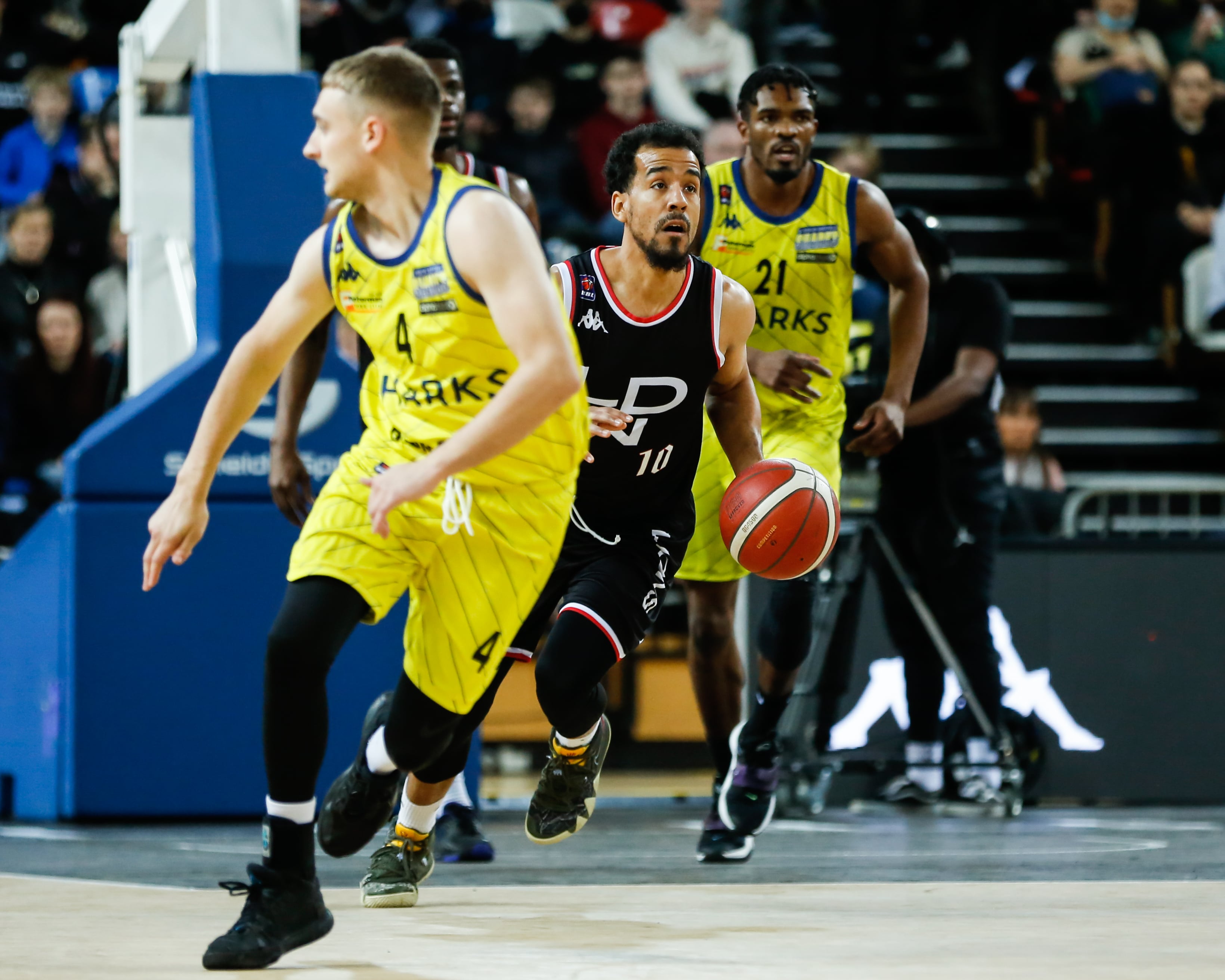 The London Lions face one of their biggest games of the season when they travel to B.Braun Sheffield Sharks this Friday evening.

The two sides are involved in a three-way race for the runner-up spot in the BBL Championship as well as the number two seed in the play-offs standings.

The Sharks go into the game sitting second in the table with a 14-9 record, while Lions are two places and a win behind them with a game in hand.

The game will also act as a tiebreaker between the sides with the winner taking the positional advantage as the season draws to a close.

After recently playing an NBA-style three-games-per-week schedule, Lions’ coach Nkhil Lawry was pleased to have a week to work on the practice court saying,

“It’s been tough going and it was good to have a rest day on Monday before some full-scale practices before a big weekend”.

Speaking on our Friday opposition, he added

“We know what to expect from Sharks, and we’ll look at ways to limit the likes of [Antwain] Johnson.”

After last week’s disappointing defeat against the Rock’s, Lawry is looking for his side to bounce back, reflecting on the result he said

“It was a tough game and we saw some shots fail to drop; we showed the ability to fight back in the fourth quarter. We can’t let teams have big runs, because we left ourselves with a lot to do. We’re hoping Dirk [Williams] will be back at the weekend but other players need to fill in if he’s out of action.”

It will be the first trip to Sheffield for the Lions this season, but the two sides have met at the Copper Box three times. A season-high 28 points from Lorenzo Cugini helped us chalk up a 100-68 victory in the BBL Cup quarter-final.  The Sharks gained revenge a month ago when they took the game in a close 83-76 victory.

Isaiah Reese had another massive game when the Sharks returned to the Copper Box at the beginning of April, pouring in five three-pointers on the way to a 25-point night as the Lions won 69-54.